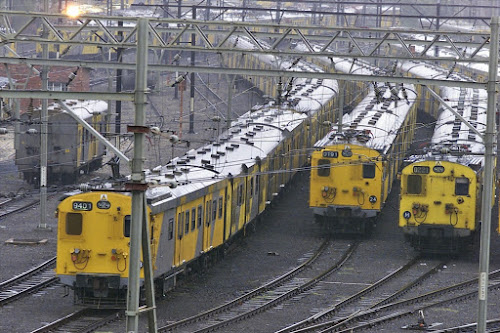 The association said on Sunday that the demand would be made during its march to the ANC’s headquarters and the Gauteng premier’s office on Monday.

Further details were set to be provided at a press conference scheduled for Sunday morning at 10am.

Just seven of Metrorail’s 34 commuter lines are currently operating countrywide — and then only with reduced services — as Metrorail grapples with the results of large-scale looting by cable thieves.

But it has gone beyond cable theft. Whole stations, such as Jeppe in Johannesburg, have been destroyed. In Cape Town, a settlement in Langa has been built on disused central line tracks that will have to be replaced before the line can be reopened.

“Among other issues, the march is focusing on the plight of the poor and forgotten freedom fighters, rampant corruption in the country, the demand for the arrest of apartheid killers, the arrest of transport minister for the damaged railway network, the plight of truck and taxi drivers, crime and gender-based violence,” the organisation said.

It added: “Overall the march is in support of the ANC’s official economic policy programme for Radical Economic Transformation (RET). The pro-RET economic transformation Resolutions of the 54th National Conference of the ANC, with specific reference to the expropriation of land without compensation and the nationalisation of the SA Reserve Bank (SARB) among others, must be implemented forthwith fully.”

Rise in Transport Emissions… and What to do About it?

China’s Take Over of Entebbe Airport ? All the Facts from the Citizen