Ghana’s government will sign an agreement next week with Thelo DB consortium for a $3.2 billion project to develop and make operational its Western Railway Line, the company said in a statement on Tuesday.

Ghana’s Western Railway line runs a total of 339 kilometres (210 miles) from Takoradi Port to Kumasi, but only 66 km is operational, according to the website of Ghana’s Ministry of Railways Development, where it is listed as a priority project.

Two mines are on the route, including the Ghana Manganese Mine at Nsuta and a bauxite mine at Awaso, which used to use the railway until it collapsed, according to the ministry.

The line also goes through Ghana’s cocoa-growing regions and cocoa used to be transported in significant quantities by rail, but has not been since 2006.

Transportation of cement, mining equipment and petroleum will also benefit from construction of the rail line, the ministry added.

“The Western Railway Line Project will transform Ghana’s existing railway infrastructure base into a modern, robust and integrated railway system,” Thelo DB said in its statement.

The agreement will be signed on July 25 at a ceremony with President Nana Akufo-Addo, the company said. A presidential spokesperson did not immediately reply to a request for comment.

One thought on “Ghana, Thelo DB to Sign $3.2B Rail Contract Monday”

Mon Jul 25 , 2022
India is ramping up her less publicised infrastructure financing and promotion activities in Africa. It is long overdue. 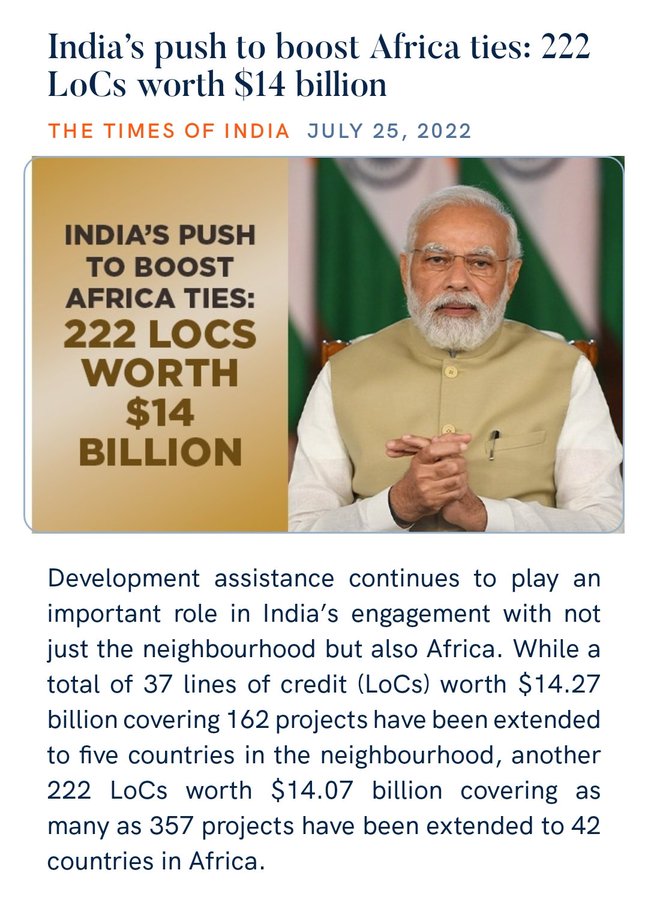