President João Lourenço of Angola facing an hotly contested election had shared his vision for railway modernisation, expansion and improved management as part of his pitch to the voters.

” We are working to improve railway management and we have concluded that the best way to do so is to make a public tender for a long term concession, for decades, as it was in colonial times. It was already like this in the past and the railroad worked efficiently”, President Lourenço had declared.

He was referring to the historical Benguela Railway in a publication by Angolan international shortly before the national elections.


“I traveled several times on the train bound for Lobito, Benguela, and I could see that the train was working well”, he said.


The MPLA candidate recalled that the bridge over the Mbale Mbale River is under construction and that he believes that the works will soon be completed, thus facilitating the movement of people and goods.


In his speech, João Lourenço also promised the construction of infrastructure for the University of Menongue.


The MPLA candidate announced two major achievements for Cuando Cubango: the supply of energy from the Gove hydroelectric dam, in Huambo, to connect the province to the national grid, and the implementation of 17 solar energy projects in the same number of locations.

The Angolan leader made reference to the concession policy as it has come under harsh criticisms from several quarters. The concessioning of the Lobito corridor of which the Beguila railway is part os a major decision in recent Angolan rail history.

Journal de Angola had in March this year published an extensive report on intermodal development in Angola transport scene including the incoming of Chinese investors..

The Commercial Port of Lobito completed 94 years yesterday, at a time when it is preparing, for the first time since National Independence, to welcome private operators, within the framework of the concession of the Mineiro and Container and General Cargo terminals, whose management passes to the consortium China International Trust Investment Corporation (CITIC) and Shandong Port Group (SPG), two Chinese companies.

Disposal of management grants the state part the status of landlord port, in charge of regulatory and inspection actions © Photo by: Edições Novembro

Owned 100 percent by the State, until now, the Port of Lobito has submitted to an international public tender, in 2021, the concession of part of its infrastructures, in harmony with the Executive’s strategy aimed at obtaining greater income from the so-called Water Corridor. Lobito, of which it is an integral part.

Bolloré, according to the same sources, was eliminated from the outset for having presented a proposal for a payment of 40 million dollars for the signing of the contract, far below the 80 million established as a minimum value.

For the signing of the contract, the Philippine company offered 80 million dollars, the minimum amount required, which enabled it to compete with the Chinese consortium that, with a proposal of 100 million dollars, had an advantage over it.

With only two competitors (Philippines and Chinese) in the running, the organizers of the competition had no difficulty finding the winner: The CITIC and SPG consortium, which, according to the chairman of the Board of Directors of Porto do Lobito, Celso Rosas, may enter into activity in the course of the next quarter.

With the entry of private operators into the company, the management of the Port is now shared between representatives of the State shareholder and delegates of the Chinese business consortium.

In order to prepare for the advent of hybrid management, which places it in the position of a landlord port, the current Board of Directors of the company started, last year, work to improve the management instruments and the Strategic Development and Environmental Management plans, Defense and Security.

As a master port, the state party has the fundamental tasks of regulating and supervising port activities, a kind of port authority. For the proper execution of its tasks, the company works on the design of a business plan for the next three years, a manual of administrative procedures and the implementation of the JUPS II software for port management.

The list of tasks also includes the implementation of the Single Maritime Window, the improvement of the CCTV System, within the scope of port security, the updating and adaptation of a data center and the reorganization of the company’s structure.

Available information attests that, on 28 November 1902, the Portuguese authorities signed a 99-year concession contract with Sir Robert Williams for the construction and operation of a railway that would link Lobito with the Benguela plateau. and, heading east, it would reach the border with the territory now known as the Democratic Republic of Congo (DRC).

With the start of construction work on the Benguela Railway, on March 1, 1903, “the brilliant history of Porto do Lobito also began and, at the same time, the roots of its important city were born”.

After 94 years, the Port of Lobito is still the main gateway through which the miner who is transported by the CFB from the Democratic Republic of Congo passes through to other geographies.

With the potential to become a port for the transit of goods to countries in the region, the port of Lobito receives hundreds of large ships annually.

Last year, according to data from the Board of Directors, 401 ships docked at Porto and 1.4 billion tons of goods were handled.

Entry of the Chinese is imminent

The minister of transport, Ricardo de Abreu, confirmed, yesterday, to Jornal de Angola, the entry into operations, “soon”, of the Chinese business consortium, which will share with the State the management of the Commercial Port from Lobito.

The information was initially released in December last year by the chairman of the Board of Directors of Porto do Lobito, Celso Rosas, on the occasion of an act to present New Year’s greetings.

On the occasion, Celso Rosas announced for the second quarter of this year the effective entry into the company of the Chinese consortium CITIC and SPG, winner of the international public tender with which the State sought to find   partners to obtain the greatest possible income from the Lobito Corridor, of which Porto is an integral part.

In a visit lasting a few hours to the province of Benguela, the Minister of Transport delivered 23 buses to the Provincial Government, with a view to increasing the supply of public transport in Benguela.

With houses scattered throughout the neighborhoods of the city of Lobito, the Port Company carries out a survey of its housing assets, a process that, according to Celso Rosas, should culminate in the transfer of ownership of the residences to the workers who occupy them, most of whom are retired.

In addition to the houses built in colonial times, in different neighborhoods of the city of Lobito, the company expanded its housing estate in the 1980s, after Independence, bringing the number of residences to 116, not to mention a modern condominium built relatively recently. short time for workers.

Named “José Carlos Gomes”, in honor of the company’s former CEO who died in 2017, due to a car accident, the modern residential complex, located in Bairro da Luz, has 120 rooms.

Adding the houses built in colonial times to those built in the 80s and   the housing complex “José Carlos Gomes”, the housing estate of Empresa Portuária do Lobito totals 236 houses.

In the modern complex, already fully inhabited, the purchase method adopted by the company is fixed rent.

In a meeting with workers, retirees and orphans of deceased employees, as part of the program alluding to the company’s 94th anniversary, Celso Rosas announced that next month the distribution of individual cards to the occupants of the houses, with a uniform questionnaire, whose answers will dictate the values ​​for the definitive purchase of housing.

In setting the values, according to the PCA of Porto do Lobito, the company will take into account the time of occupation, possible rehabilitation works and the socioeconomic condition of the holders of the current occupants’ households. “It will be analyzed case by case,” he said.

In some cases, he pointed out, the amount to be charged will not exceed the sum of the payment of the fees necessary for the transfer of ownership of the residences.

With the information that reports cases of subletting of the company’s real estate, the manager recalled that such a procedure constitutes an infraction enough for the legitimate owner to claim back his assets.

“But the purpose of this Board of Directors”, he said, “is not to evict the people who inhabit the company’s houses, some of them from colonial times”.

The intention, he reinforced, “is to transfer ownership of the houses to the current occupants, respecting legal procedures”.

The program of activities alluding to the 94th anniversary of Porto, which began to be implemented on the 4th of this month, should extend until tomorrow, including lectures on combating Covid-19, occupational health, company sustainability, tuberculosis in Angola, ethics as a professional commitment to a good working environment, urgency to live and vulnerability to stress.

Yesterday, the company’s anniversary, the program began with a mass of thanksgiving, followed by a pilgrimage to the Catumbela cemetery, where a wreath was laid in honor of deceased workers.

Sat Aug 27 , 2022
Egypt has signed a $656 million deal with Hyundai Rotem to upgrade Cairo’s Metro and help localise the industry, the Egyptian Ministry of Transportation said on Wednesday. The South Korean company will manufacture and supply 320 cars and 40 trains for the city’s second and third metro lines in the agreement signed […] 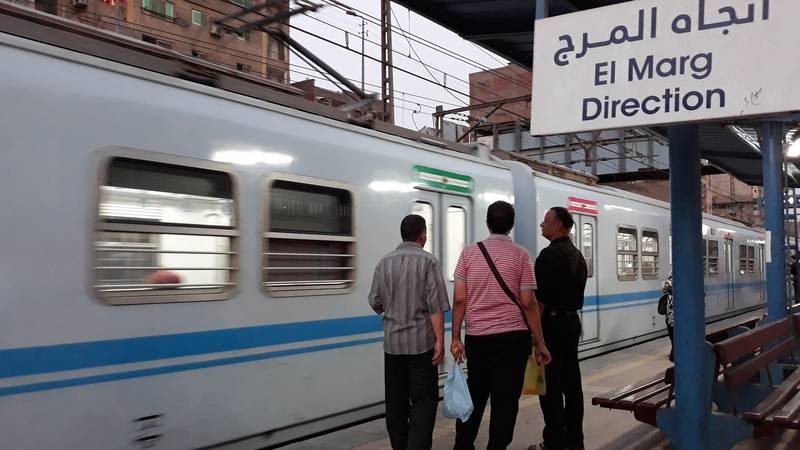