The media in Boston has reported that on 31 August the Board of Directors of TheMassachusetts Bay Transportation Authority (MBTA) agreed to designate CAF USA as thesuccessful bidder for the project to supply 102 LRVs to run on the Green Line in the City ofBoston for $811 million.

The base contract contemplates the manufacture of the 102 vehicles,two driving simulators, fleet parts, special tools and test equipment for the vehicles supplied, aswell as the warranty technical service for a period of 3 years.

The contract provides also forvarious options for the purchase of additional vehicles and equipment in addition to the 102LRVs. These options could be executed by MBTA in the coming years.

MBTA is the public agency responsible for operating most public transportation services inGreater Boston. This is CAF Group’s second project in the city, given that in 2014 MBTA alsoawarded CAF USA the contract to manufacture 24 LRVs, called Type 9, which are currentlyrunning on the Green Line, a move that once again reaffirms the Agency’s full trust in the CAFGroup.

This line is made up of four branches along more than 30 kilometres, being the first linebuilt in the capital of Massachusetts. The line has tunnels dating back to the late 19th century,making it the first underground line in the United States.

The new units, called Type 10 and consisting of 7 modules, will replace the Type 7 and 8models that provide service currently on the line. They will be 100% low-floor and will featurepriority areas for passengers with reduced mobility, maximising vehicle capacity andaccessibility.

The railway company has been operating in the US market for many years. CAF has aproduction facility in the United States, located in Elmira (New York State), where a largenumber of US projects have been developed, including the supply of 96 Units to theWashington Metro, 130 passenger cars for Amtrak, trams for the cities of Kansas City andCincinnati, as well as the supply of LRVs for Houston, Sacramento, Pittsburgh and Boston.

CAF is currently active in the manufacture of the third order for new trams for the Kansas Citytram network extension, as well as in the LRV project for the city of Maryland, including themanufacture of 26 LRVs for the Purple Line. This project incorporates also a stake in thecompany that will manage the operation and maintenance of the system for 30 years.

Wed Sep 7 , 2022
The Nigerian Minister of Transportation, Alhaji Mu’azu Jaji Sambo, has disclosed that work on Port Harcourt-Maiduguri Eastern rail line has been suspended due to insecurity and vandalism of railway properties along the corridor.  Sambo who was speaking during the Ministerial inspection tour of the project, in Port Harcourt, Rivers State, […] 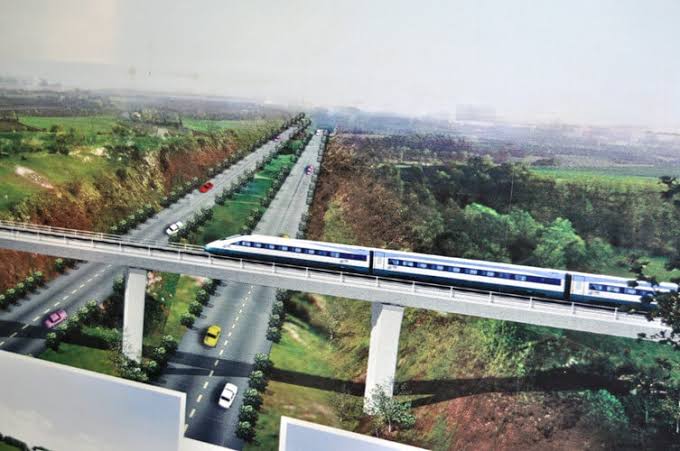