Starting next year, a single rail network will link Mexico, the US and Canada, which will deliver double-digit growth and a $1 trillion increase over the next five years for Kansas City Southern of Mexico (KCSM), affirmed its president, Oscar del Cueto.

“We are going to be the first railway that connects the three countries in a single network, without borders. It is going to link all of Canada, the entire eastern part of the United States, the central part, the Gulf of the United States, with the Gulf of Mexico and the entire northeast of our country. There is a lot of market coming,” he explained.

In an interview, he emphasized that the merger with the Canadian Pacific will allow reaching markets, moving more cargo and connecting the Interoceanic and the Mayan Train network, to one that already exists, the northeast part, in the case of Kansas that connects with the United States.

He added that the Canadian Pacific sees the possibility of moving traffic that comes from Asia through the port of Lázaro Cárdenas.

In December 2021, the shareholders who had participation in Kansas already received their payment, for the purchase made by Canadian Pacific.

The last thing that remains is for the US Surface Transportation Board to give the last one for approval, he said.

“We hope it will be in January or February of next year, with that we can start operating on a single line or jointly,” Del Cueto said.

Del Cueto reported that, for this year, the company is going to channel 122 million dollars.

He pointed out that every year, KCSM invests in infrastructure, project development and equipment, where the commitment is always exceeded.

“Investments are going to come in terminals, yards; we are growing in Monterrey, we are building a satellite yard in Salinas Victoria and the railway bridge in Nuevo Laredo, we are implementing centralized traffic control for train control, investments will continue in the medium and long term” , said.

The president of KCSM affirmed that the railroad businessmen joined the Package against Inflation and Scarcity (Pacic), with which from April to November of this year the rates are frozen.

“The issue of regulating rates would have no reason to be, when we are already attached to the Pacic,” said the president of KCSM.

He emphasized that a competitive market is needed for service, quality, speed.

“If you give me large volumes and large distances, rail is certainly better,” he said.

He added that it seems that the peak of inflation has been reached, but “if there was a need to extend the issue of the Pacic, we would gladly evaluate it.

Fri Sep 23 , 2022
by Wang Yiwei Poland is a major European agricultural producer, which exports large amounts of dairy products annually and China is one of its fastest-growing markets. The China Railway Express (CRE) trains, which reduce transportation time from Poland to China – from 40 days by sea to around 14 days […] 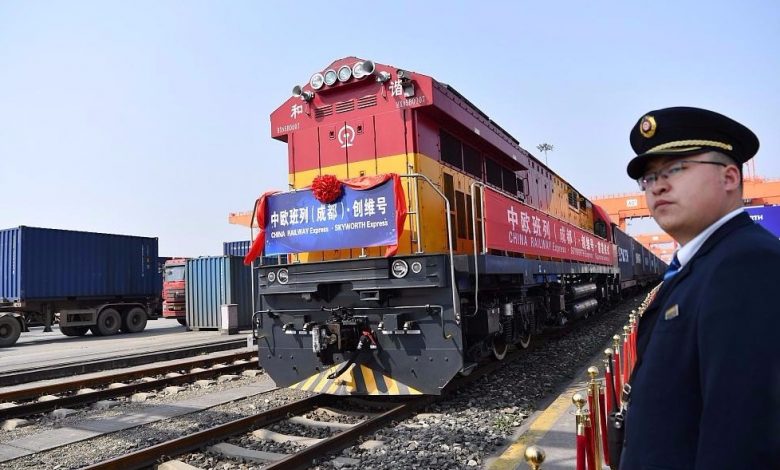