Eleven companies and joint ventures have prequalified to bid for the first phase of Bahrain’s long-planned metro system.

The scheme, which is expected to have a total length of 109km and a cost of $2bn, is to be implemented in four stages. The first will involve building two lines with a total length of 29km connecting 20 stations with autonomous trains.

According to TradeArabia News Service, the companies in the running for it are:

The Ministry of Transportation and Telecommunication (MTT) has said it will procure the deal as a public–private partnership. The winner will finance, design, build and then operate the lines for 35 years.

The metro will be a light rail system and is expected to carry 43,000 passengers an hour.

It was first proposed by the MTT in 2008 with work due to begin the following year. It was delayed by the financial crash, and only picked up again after Bilbao-based consultant IDOM submitted a feasibility study in 2018.

Climate Change Adaptation Costs Set to Soar on the Railway

Tue May 31 , 2022
Britain’s railway is facing a dramatic increase in the cost of dealing with extreme weather over coming decades unless it starts taking pre-emptive adaptation measures now, according to new research. The ‘Tomorrow’s Railway and Climate Change Adaptation’ project, delivered for RSSB by an Arup-led consortium, has found that climate change […] 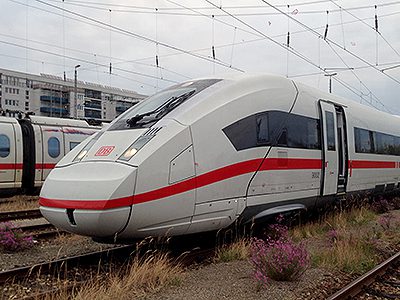