The debate over gauge is unnecessary since high-speed trains in different parts of the world run on standard gauge tracks. Broad gauge is used only in India and some other countries, NewsExpressIndia has reported.


He was replying to criticism raised by some experts over choosing standard gauge over broad gauge.


Ajithkumar was addressing a seminar on SilverLine organised by the Kerala chapter of The Institution of Engineers. Recently, former chief engineer of Indian Railways, Alok Kumar Verma, had said that the original plan was to use broad gauge for SilverLine. The shift to standard gauge was due to the interest of the external funding agency, he had said.


Kerala’s existing railway line has hundreds of curves and a speed of 160 kmps is impossible on these lines. Upgrading them by straightening curves is almost impossible, he said.

The SilverLine project requires loans worth Rs 33,700 crore which will be sourced from bilateral and multilateral agencies. Foreign loans can be repaid in twenty years. The project implementation will take five years – two years for land acquisition and three years for works, Ajith Kumar said.

Sat Jun 4 , 2022
The Ministry of Coal,  in view of cleaner environment in coal transportation has given momentum in rail evacuation and also initiating news efforts to gradually move away from  road movement of coal in country.  Planned construction of new broad gauge rail lines in Greenfield coal bearing areas, extending the rail […] 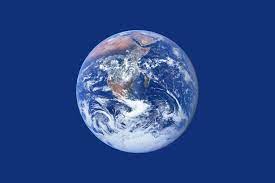