LONDON, June 7 (Reuters) – Strike action by rail workers on three days later this month will lead to a complete shut-down of Britain’s train network, their union said on Tuesday in what it billed as the biggest industrial action in the rail sector in more than 30 years.

The Rail, Maritime and Transport Workers union said more than 50,000 workers would walk out on June 21, 23 and 25 in a row over pay freezes and job cuts.

It said London Underground workers would also strike on June 21 as part of a separate dispute over pensions and job losses.

“Railway workers have been treated appallingly and despite our best efforts in negotiations, the rail industry with the support of the government has failed to take their concerns seriously,” RMT general secretary Mick Lynch said.

“Our union will now embark on a sustained campaign of industrial action which will shut down the railway system.”

The Rail Delivery Group, which represents companies operating train services, urged the RMT to call off the strikes, saying the industry was suffering with passenger numbers at around only 75% of pre-coronavirus pandemic levels.

“No one wins in the event of a strike. Staff lose pay, the industry loses vital revenue making it harder to afford pay increases, and passengers and businesses are disrupted,” said. Rail Delivery Group Chair Steve Montgomery.

“While we will keep as many services running as possible, sadly if this action goes ahead, significant disruption will be inevitable.”

The government has said it would prioritise the supply of food, goods and energy in the event of widespread strikes.

Transport minister Grant Shapps said the government was working with the rail industry to reduce the impact caused by any walk-outs. He accused the union of jumping the gun when talks had only just begun.

British employers in many sectors have increased wages more quickly due to a shortage of staff to fill jobs and as inflation approaches 10%, creating a severe cost-of-living squeeze.

Sat Jun 11 , 2022
Tonight, 11 of the kidnapped victims of the Abuja-Kaduna train attack have just been released and are safely at a medical facility. As grateful as we are for this positive development, we are equally mindful of the anguish of all the victims and their families, who have unfortunately endured and […] 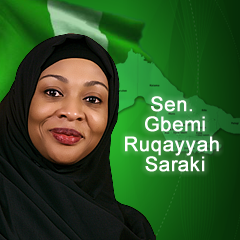