America should always lead the way in technology and infrastructure — and that means Americans shouldn’t have to look abroad to see world-class passenger rail. But for far too long, our country has struggled to maintain our existing railways, let alone prepare for the future.

That’s changing now, as we move with urgency to put the resources made available in President Joe Biden’s Bipartisan Infrastructure Law to work.

Last week, we announced grants to modernize passenger rail service in eight states. That includes advancing projects to replace bridges in Maryland, New Jersey, Connecticut and New York that are still used today and are more than 100 years old. Millions of Americans count on routes that include these bridges, and the investments now will mean fewer delays.

These grants will also help update Chicago’s Union Station, which was built nearly a century ago, creating a better experience for passengers traveling through the busiest station in the Midwest and the fourth-busiest Amtrak station in the nation.

These awards will also modernize rail infrastructure in California, Michigan, and Massachusetts — and this investment is just the beginning.

Using funds from the infrastructure package, we are reversing a half-century of underinvestment in our rail network, building a better America that will serve today’s travelers and generations to come. To do this, we will invest strategically and follow a clear plan for the progress ahead.

The Department of Transportation’s Federal Railroad Administration will make more than $16 billion available to improve rail by the end of this year alone. Within five years, we will expand service on existing routes and create at least three new multi-city rail corridors to connect more communities.

By the end of this decade, Amtrak will introduce 450 new rail cars and increase accessibility at more than 400 stations. Within 15 years, we’ll have replaced most of the major rail bridge and tunnels on our busiest rail corridor.

All of this means faster trips, fewer disruptions, improved safety and a better rider experience and freight movement across the country.

Some of this work is already getting started. Earlier this month, we broke ground on the new Portal North Bridge in New Jersey, which will replace the busiest rail bridge in the Western Hemisphere and eliminate a bottleneck that plagues commuters and intercity riders alike.

Excellent passenger rail has clear benefits — convenience, economic development, reduced congestion and less pollution. And contrary to some assumptions and commentary that we see concerning Americans’ readiness for more frequent rail use, American passengers already tend to favor rail when given a reliable and competitively priced option. Amtrak’s Northeast Corridor, the portion between Washington, D.C., and Boston, is one of the highest-volume rail lines in the world.

It’s true that in most parts of our country, Americans travel far less by rail than in our peer countries and competitors. But that largely reflects the fact that America has failed to invest in rail the way other countries have, too often ignoring the economic and environmental benefits. In 2018, which was a typical year, America’s federal, state, and local governments expended over $235 billion on roads — and under $3 billion on rail. The result is that for too many people in America, the train takes longer than driving, but we’re changing that.

When train service is faster and more frequent, more people get on board. We see evidence of that not only in the Northeast, but also on some routes in the Midwest that have achieved time-parity with driving. Six times a day, a train runs on the Chicago-Milwaukee route with a travel time of about an hour and a half, similar to driving. Between 1997 and 2012, train ridership there grew 132%.

Of course, trains aren’t necessarily the right answer for every American or every trip. Our work on passenger rail is just part of a bigger infrastructure investment. But more Americans should have the option of high-quality passenger rail. When they have this option, more Americans will take it.

Americans are ready for the benefits of better rail: economic development for our towns and cities, faster and cheaper movement of goods along our supply chains, less congestion on our roads, less pollution in our air and fewer carbon emissions contributing to extreme weather.

America should have the best when it comes to passenger rail. We’re proud of our work to deliver a renewed and better system for the future.

● Pete Buttigieg is U.S. Transportation Secretary. Amit Bose is the administrator for the Federal Railroad Administration.

Wed Aug 24 , 2022
"“I traveled several times on the train bound for Lobito, Benguela, and I could see that the train was working well”- President João Lourenço of Angola 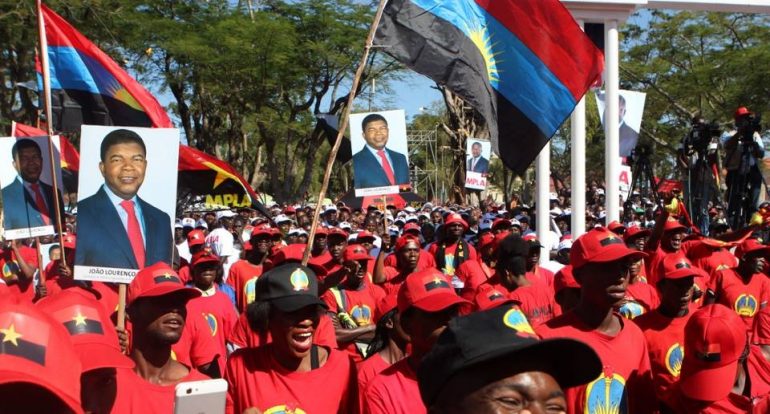