Egypt’s first electrified light transit (LRT) system, jointly built by Chinese and Egyptian companies, began a test run on Sunday, with Egyptian President Abdel-Fattah al-Sisi taking the first ride, according to a report on the Chinese Embassy website. on Monday in Egypt.

Chinese experts said the project, the latest in a series of mega infrastructure projects delivered by Chinese companies to clients around the world last week, was a major success of the Belt and Road Initiative (BRI), reflecting the vitality and potential of China’s railway technology export to Africa initiative.

The trial operation of the LRT project in Egypt follows the start of full commercial operation of the giant 720-megawatt Karot hydroelectric plant in Pakistan on June 29 and the delivery of the 6.15-kilometer Padma Bridge in Bangladesh on June 25, the longest in the country.

The line is the first electrified LRT in Egypt and Africa, according to the Chinese embassy, ​​noting that it will boost the economy in eastern Egypt and accelerate Egypt’s industrialization.

Built by a consortium of China Railway Group and AVIC International Holding Corp, the $1.24 billion LRT will provide an efficient commuting service for 5 million local residents.

The project is China’s latest rail project in Africa, following other notable projects including the Mombasa-Nairobi standard gauge railway in Kenya, the Addis Ababa-Djibouti railway in the Horn of Africa, and the China Lagos-Ibadan railway in Nigeria.

He said that Chinese railway projects carry technological components and standards, and Chinese railway systems are welcomed by African countries for their high efficiency and low consumption.

“China has advanced railway construction technologies that have reached a level that can be exported abroad,” Zhao Jian, a professor at Beijing Jiaotong University, told the Global Times on Monday. Zhao noted that Chinese enterprises have the ability to complete the construction mission, but the LRT system may cause financial pressure on system operators.

Chinese Ambassador to Egypt Liao Liqiang hailed the LRT project as an outstanding cooperation program between China and Egypt under the BRI as he attended the opening ceremony held on Saturday at Adli Mansour Station, the largest transfer station in the Middle East.

“The LTR will directly benefit the livelihood of Egyptians amid the current global fuel price spikes and represents an important milestone in the process of China-Africa cooperation,” he pointed out. 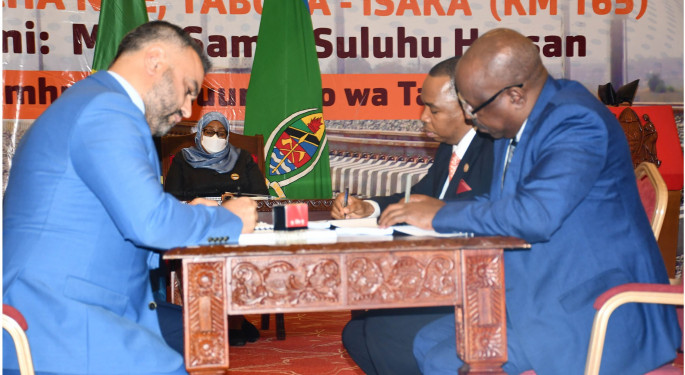