The President of the United Republic of Tanzania, Hon. Samia Suluhu Hassan has witnessed the signing of two contracts which are a contract for the construction of a modern railway – SGR sub-division of Tabora – Isaka as well as a practical training contract for employees of the Tanzania Railways Corporation – TRC.

The Tabora – Isaka modern railway contract has been signed between TRC and Yapi Merkezi from Turkey as part of the completion of the first phase of the Dar es Salaam – Mwanza five-phase modern railway.

A practical training agreement has been signed between TRC and Korea Railways from Korea with the aim of training the Corporation’s staff in the construction and operation period once the modern railway has been completed and handed over to TRC.

In addition, the Tabora to Isaka section covers a total of 165 km of which 130 km is the main road and 35 km is the crossroads.

The value of the construction contract is US $ 900.1 million equivalent to 2.094 trillion Tanzanian shillings, the implementation period is 42 months plus a trial period of 6 months

President Samia has said that the signed agreements are important in furthering the SGR project which is largely going to bring economic development as well as reduce dependence on foreign railway industry professionals.

“These agreements are of special importance as they complete the first phase of our modern railway line from Dar es Salaam to Mwanza and begin preparations to build the capacity of Tanzanians to operate and manage our railways instead of relying on foreign experts”, said President Samia

President Samia commended the Ministry of Works and Transport, Railways, Contractors and consultants for the effective management of the SGR project.

The Director General of the Tanzania Railways Corporation Masanja Kungu Kadogosa stated that the investment value of modern railway construction has reached 16 trillion for the first phase of Dar es Salaam to Mwanza and the government has so far paid a total payment of 6.4 trillion shillings. All work performed and its quality verified.

Kadogosa thanked President Samia for her courage in developing the SGR project because it is costly and added that the SGR project will benefit future generations and will recognize the great contribution made by Hon. Samia as Vice President and now President of the United Republic of Tanzania. 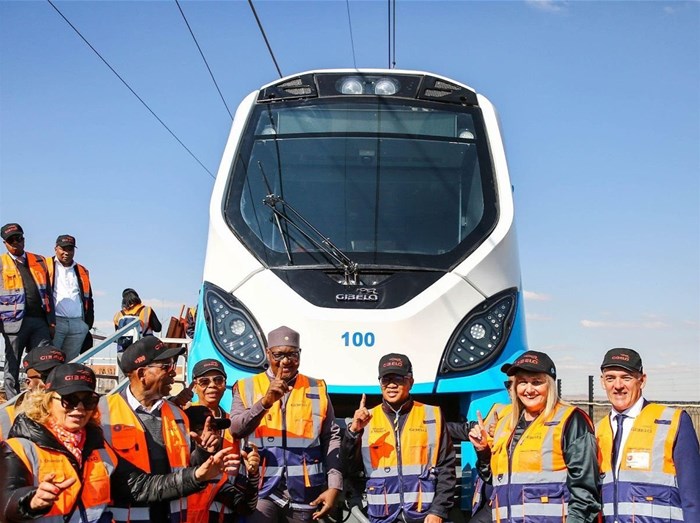