Recent visit of Senegalese leader, Macky Sall to Bamako has raised fresh talks of likely revival of the abandoned 1,222km between Dakar and Bamako.

An official of the transition government of Mali under Colonel Asimi Gouta stated that the two leaders discussed bilateral cooperation including reopening old transport projects of which the Dakar-bamako railway is a major focus.

But the details are still sketchy due to the pariah status of Mali and especially because of the cold war between France and Mali military leaders.

Railbus however learnt that top officials from both countries expressed unhappiness at the huge economic loss both sides are suffering due to the non-functional rail line.

A source in Bamako disclosed that ” both sides are desirous of reopening the rail project. How to sidestep Paris is the crux of the matter”, the official stated.

Senegalese delegation has however so far being silent on the detail of the discussion. This may be due in part to the need not to anger France at a time of serious tension between Paris and Bamako.

The susbisting ECOWAS sanction on Bamako may also slow down any concrete action to revive the project. Top interest within Senegal leadership are reported to be eager for a revisit of the project to reopen the economic fortunes of Dakar-bamako rail corridor.

In his new year address in 2020,
President Sall announced that the railway between Mali and Senegal will soon be operational.

According to him, the project is ‘urgent and essential’ for the emergence by 2035”.

Mali had also signed an agreement with China Railway Construction Corp to renovate a rail line linking its capital Bamako to the border with neighboring Senegal. The rail will cost nearly $2 billion.

The project is part of a plan to upgrade the ageing railway between Senegal’s coastal capital Dakar and landlocked Mali. China Railway Construction also penned a similar agreement worth $1.26 billion with Senegal.

The Chinese deal was however scuttled due to geo-politics and other factors.

In 2021, the Senegalese Minister of Infrastructure, Land Transport and Opening up, Mansour Faye, had announced in Kaolack, the start soon of work on the Dakar-Bamako railway to improve transport between Senegal and Mali.

“We are going to put the rail back into service to improve transport between Senegal and Mali. Soon, work will start. And, initially from Dakar to Tambacounda. On this axis, we are going to make metric rail and later make standard tracks and gauge” , declared the minister.

The railway transport route between Dakar and Bamako was identified as a must focus to achieve the objective of the multimodal trans- boundary project. As at then according to documents from PIDA, the two states financed a study in order to define the best way to finance or to participate in the funding of the Dakar- Bamako railway infrastructure upgrade.

Component of the Project

The project will have the following components:

– Rehabilitation of the platform and reconstruction of the engineering works to 22.5 tons / axle;

– Implementation of a train cantonment system and a telecommunications system in line with UIC railway standards;

– Development and renovation of station facilities.

The Dakar-Bamako Rail Project has been prioritised by the Government of Senegal as the first of three phases of the Project. It entails the rehabilitation of the existing railway network between Dakar and Bamako (1,228 km), with a total project cost of US$ 2.2 billion.

The project aims to boost the national and international freight and passenger rail transport between Senegal, Mali and the sub-region. This will be done through the construction of a new SGR railway network linking Dakar- Tambacounda- Kedougou (in Senegal), Keniebu-Bamako-Bougouni-Sikasso (in Mali) and Ouagadougou (in Burkina Faso). Its success will improve the connectivity between the Dakar Port in Senegal and landlocked Mali, offering multi-modal transport options for transporters in the region, improving access to markets and thereby lowering overall transport cost.


The Dakar-Bamako line was conceived in the late 19th century in the heyday of France’s colonial era as a means to haul valuable commodities from the heart of its African possessions and link Mali—then called French Sudan—to the distant coast.

A quarter of a century went by as engineers and armies of colonial workers carved out the track from scorched terrain, before the line was inaugurated in 1924.

The railway line was once a source of pride for both Senegal and Mali. However, in May 2018 the money to maintain the route between the capitals ran out and the trains stopped running.

Sat Aug 20 , 2022
AP: lmost 2,000 workers at the U.K.’s biggest container port will launch an eight-day strike Sunday over a pay dispute, the latest industrial action to hit a growing number of sectors of the U.K. economy. Workers including crane drivers and machine operators will walk off their jobs at Felixstowe port […] 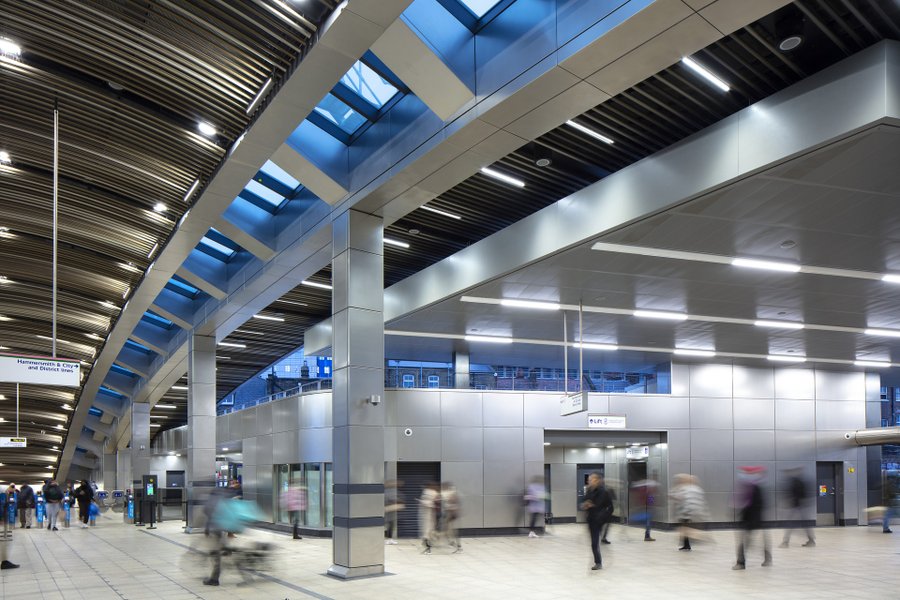