Abuja-15/09/2022: An ambitious Trans-Sahelian Railway Project to rail-connect Mauritania, Mali , Burkina Faso, Niger and Chad may have been abandoned because of jihadist conflict and series of diplomatic crisis over military coups in Mali and Burkina Faso.

The project was conceived internally by the G5, an alliance of countries of the Sahel namely Mauritania, Bourkina Faso, Mali, Niger and Chad. Rapid progress was recorded from 2015 in term of preliminary works. As at last year, further steps have been taken, including renewal of political will by leaders of the G5.

The 5000km rail line if actualized may have also benefited Nigeria as the route mapping passes through Maradi in Niger republic thereby effectively linking the Nigeria’s Lagos- Kano-Maradi line to the Trans-Sahelian line.

Officials at the G5 secretariat are however not losing hope as they forges ahead with the technical preparation. The frosty relationship between Mali and France on the one hand and the deep distrust between Mali and Niger on the other side have however emerged as major impediment to the project.

With ECOWAS sanctions on Mali and the tense diplomatic link between Paris and Bamako, the hope of the project progressing is largely doubtful.

” The project is not dead. Those conflict will pass. But we are focussed on the technical works”, an official who was part of the project study committee at G5 secretariat said in French language.

According to records from the G5 Secretariat , Bamako hosted the first validation of the report for the establishment of the feasibility study of the G5 Sahel railway project, “the Trans-Sahelian”, between January 9 to 10, 2021.

The project summary route is 5000 km, taking into account the sections existing rails in some countries. The workshop was held on January 09 and 10, 2020.

More than ten participants took part in the meeting namely members and coordinator of the steering committee, the G5 Sahel focal point in Mali, experts from the G5 Sahel Permanent Secretariat and the CIRA/INGEROP/SGIE Group in charge of carrying out the study.

The first meeting agreed on some preliminary issues namely the integration and consideration of major road corridors in the design analysis of new infrastructure; the correction of the total linear and that of the Malian part of the Dakar – Bamako line. The meeting agreed to adopt avoidances every 30 km on average; precautionary measures, in terms of definition and right-of-way reservation only and plan for a future widening to two lanes among others.

In terms of passenger service, the steering committee came out in favour of positioning stations on the outskirts of major cities (particularly to support their development).

In March 2021, the headquarters of the G5 Sahel Executive Secretariat in Nouakchott hosted a follow up workshop for the provisional report of the feasibility study of the G5 Sahel railway , the Transahelien. This meeting brought together experts from member countries of the sub-regional organization.

According to the G5 secretariat , “the first phase of the project consists of carrying out a feasibility study to define the structure of the existing rail links and describe the possible routes, the topographical, hydrographic, geological and other conditions related to the environment, specify the points of departure and arrival, as well as the localities crossed.

“This is what emerges from a document consulted by us. It was naturally a question of the technical and financial aspects”, the G5 had posited in one of its official documents.

The project to create a railway linking the G5 Sahel states is a decision that dates back to the November 20, 2015 summit held in Ndjamena. It was validated during a steering committee meeting held in June 2016 in Niamey. The Ministers in charge of railway infrastructure during their meeting set up a Steering Committee to support the permanent Secretariat of the G5 Sahel and adopted a roadmap for conducting the process. 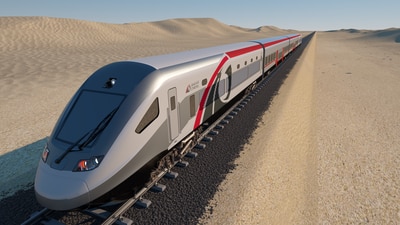