In many developing economies, growth relies on cross-border trade aided by robust logistics infrastructure. flow’s Clarissa Dann looks at a remarkable collaboration between international banks and export credit agencies to help Ghana improve its rail network and remove freight and passengers from the roads

Railway networks first arrived in sub-Saharan Africa during the second half of the 19th century, with the main purpose of transporting natural resources from mines to ports – often with little benefit to the communities and would-be passengers along the way.

Built during the British colonial period of 1874 to 1956, the Ghanaian railways that remain today, and are still operational, come to barely 13% of the approximately 947km of railways that existed at independence in 1957. These railways were narrow-gauge, single-track lines with rolling stock that had deteriorated through lack of maintenance. More than a century after it was built, Ghana’s small but economically vital rail network is undergoing major development as part of the Ghana Railway Master Plan, first announced in 2013 and refined in 2020.

“The completion of the line will boost economic activities”
Ken Ofori-Atta, Minister of Finance for the Republic of Ghana

The Master Plan now comprises 3,800km of rail network to be constructed over a period of 15 years, between 2020 and 2035, making it easier, cheaper and safer to travel. The revamped rail network provides a cleaner alternative to road-based travel and freight transport in private cars and trucks.

In 2017, the Ministry of Railway Development created the Ghana Railway Development Authority (GRDA) to focus solely on the new government’s revamp of the railway sector. The existing infrastructure owned by the GRDA consisted of three lines: the Western, Eastern and Central Lines.

3,800kmRail network to be constructed between 2020 and 2035
Source: Ghana Railway Development Authority

One of the reasons why the rehabilitation of the Western Line – which stretched 340km from the port of Takoradi to Kumasi – was prioritised was because of the rich natural resources available in this region, such as cocoa, bauxite and manganese. Takoradi is the main export port, and as such the Western Line is crucial to further developing Ghana’s export industry – but currently only 66km is operational.

However, according to the Master Plan, the main purpose of Ghana’s rail project is to reduce high-density road traffic congestion by removing freight and passengers from its roads. Rising levels of freight and passengers have caused levels of congestion that compromise public safety and workforce productivity, as well as cause environmental degradation. Shorter commuting times, providing better access to markets and minimising road traffic accidents were therefore huge benefits of this project. From January to October 2020, nearly 12,100 road traffic accidents were recorded in Ghana, involving 20,400 vehicles. Statistics from the National Road Safety Authority and The Accident Network Law Group indicate that road traffic accidents cost the West African nation 1.6% of GDP annually, which translates into about US$165m.

In addition, the Master Plan noted that modelled impacts of road use emissions were estimated to contribute more than US$2m in emissions-related costs by 2027, and around US$47m by 2036.

A key part of this particular development is the stretch of rail from Takoradi Port up into the Huni Valley – a 102km track forming a core element of the wider Western Line development running from the port to Kumasi, with a branch route into Awaso. It is designed to carry both freight and passenger services up to maximum speeds of 120km/h.

Commenting on the project, Ken Ofori-Atta, Minister of Finance for the Republic of Ghana, said: “This project is part of Ghana’s railway infrastructure plan and has been earmarked for implementation by government and will be the single biggest railway investment by the country, post-independence. The Western Line is key to the haulage of agricultural produce and minerals from the Middle Belt to Takoradi Port in the south of Ghana. The corridor is home to key bauxite mines which are the bedrock of the country’s Integrated Bauxite Aluminium Masterplan. The completion of the line will boost economic activities along the corridor, and will reduce cost and time of transporting goods and passengers between the two ends.”

The project includes the upgrade of the existing railway infrastructure between Takoradi Port and Huni Valley, allowing for standard gauge rail lines to be installed, and some realignments, so that trains can run faster and more safely.

In June 2020, a commercial agreement was signed between the Republic of Ghana, represented by the GRDA, and Amandi Investment Ltd, for the engineering, procurement and construction of the Takoradi Port to Huni Valley section of the Western Line. Once the railway is completed and trains are running, the GRDA will take over responsibility for operating the railway.

While the Ghanaian government had financed other parts of the new railway network, it could not finance all of it, despite being a trusted Eurobond issuer. Bluebird Finance & Projects Ltd, a financial services firm based in Israel and Europe which specialises in putting together large-scale infrastructure projects in developing economies, was brought in by Amandi to look at financing sources from leading international banks, export credit agencies and the insurance sector, since Ghana’s Ministry of Finance is a significant user of ECA finance. Deutsche Bank and Investec, with the support of Bluebird, structured and arranged the corresponding financing.

To comply with Ghana’s national regulations, an Environmental Impact Statement (EIS) was undertaken for the entire Western Line project in 2015, on behalf of the GRDA.

Gaining access to international finance also requires an Environmental and Social Impact Assessment Report (ESIA), which identifies the potential for significant environmental and social impact and, in the words of the ESIA framework, find solutions to “mitigate, avoid and reduce any potentially harmful effects during the lifecycle of the project”. Mindful that any form of development will always have an impact on the environment and society, the assessment ensured that complete cancellation of the project remained an option. In other words, would the potential negative impacts of contruction works be acceptable, when compared with the longer-term impact of reduced road traffic and better logistics for Ghana’s imports and exports?

Extensive environmental and social impact assessment and due diligence was therefore undertaken by the lenders, as well as two specialist consulting firms. One of these was the Danish consultant engineering firm Ramboll, which published its report in September 2021. A summary of this is available on the GRDA website.

Signed on 15 June 2021, this 18-year ECA facility with Swedish export credit agency EKN (of almost €523m, together with the tied five-year commercial loan of around €75.6m) was the largest ever financed rail investment in Ghana.

Covering the bulk of the project’s costs, the loan is guaranteed by EKN and funded by Swedish Export Credit Corporation (SEK). Deutsche Bank acted as arranger. The €75m commercial loan to cover the down payment on the EKN-backed financing was arranged by Investec Bank and risk management specialists DNV – an accredited certifier with the Climate Bonds Standard.

The firm added, “The overarching principle behind the criteria is that a Sustainability Loan should enable capital-raising and investment for new and existing projects with environmental and social benefits.” The four criteria applied cover the use of proceeds, management of environmental impact, drawing down and disbursement of the facility, as well as ongoing reporting.

The support of EKN and SEK reflects the significant participation of Swedish sub-suppliers in the project, and the agencies’ backing helps to secure a highly favourable borrowing rate.

In addition, a sizable share of the content is supplied by Swiss companies, which has allowed EKN to reinsure close to 49% of its risk at SERV, Switzerland’s ECA. “This is a great way to participate in projects where total Swedish content falls short of the 30% share required by our statutes,” said Malin Tegnér Larsen, senior underwriter at EKN.

Most of the Swedish suppliers of materials and equipment were coordinated by trading house Elof Hansson and integrator specialist XLIT. This includes construction equipment from VCE, signalling systems from Alstom and railway cars from Kiruna Wagon. The construction of the railway is managed by XLIT in partnership with Scandinavian Track Group (STG), which also engages and manages local labour.

“EKN and SEK are instrumental in securing a highly favourable borrowing rate that makes it possible to source high-quality products and services in the project,” said Fredrik Agerhem at XLIT. “It’s an important milestone in Ghana’s economic growth story, creating jobs and providing sustainable transport for agricultural products, minerals and passengers for decades to come.”

“It is signing deals like this that makes working in ECA finance so rewarding,” reflects Ben Dobson, from Deutsche Bank’s Structured Trade & Export Finance team. He continues, “Our business is very much based on supporting our clients and, in this instance, we have helped both the importer and the GRDA as well as the Swedish exporters. However, more importantly, the new line will help improve the lives of millions of local people, who will soon be able to travel in Ghana by train – which is quicker, safer and has less of a carbon footprint than current travel by road.”

The tied commercial loan was Investec’s third major ECA deal in Ghana in 2021. As an Anglo-South African banking and wealth management institution, this transaction extended its impact in sub-Saharan Africa. The deal included insuring a 15% commercial loan through the Export Credit Insurance Corporation of South Africa, making it possible for South African lenders to fund it.

Chris Mitman, Head of Export & Agency Finance at Investec, says: “We are delighted to have partnered with Deutsche Bank, MoF, ECIC, EKN, SEK and Bluebird to structure and bring this transaction to a successful financial close, at a time of unprecedented upheaval in the financial markets and, most importantly, realise a sustainable project which will benefit Ghana and the continent and its communities for the long-term.”

With private risk mitigation disrupted significantly due to, 2021 was not the ideal time to get a deal over the line. But the commitment and determination of stakeholders to make it happen was vital.

Mon Nov 14 , 2022
French trade minister, Olivier Becht commented: “This is a major project for the district of Abidjan which will make it possible to reduce the city’s traffic jams. 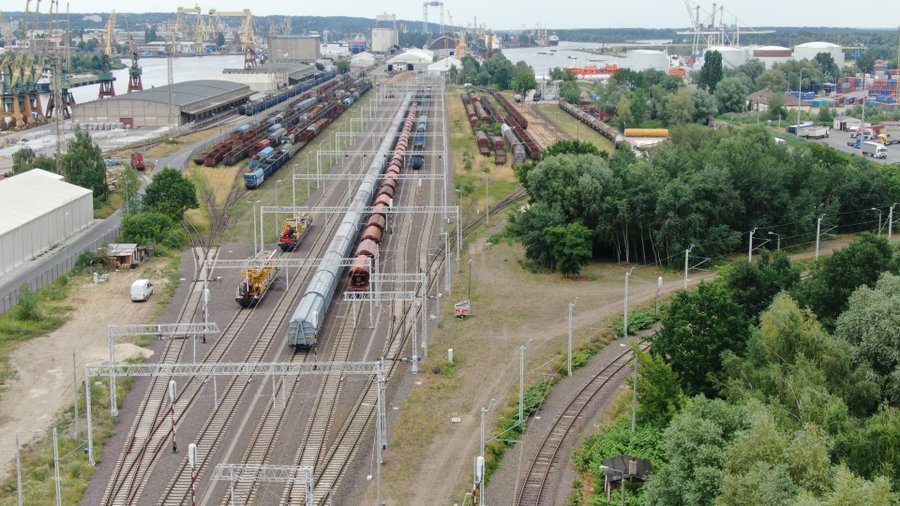