According to reports, the construction of a major tunnel for its Yunnan-Tibet Railway project after more than eight years’ effort. The Jade Dragon Snow Mountain tunnel is located near Lijiang city in southwest China’s Yunnan province and connects China with Tibet.

It is a part of the Lijiang-Shangri-La railway, a crucial section of the Yunnan-Tibet Railway, the report said. The construction was stated to have come with many challenges. More than 200 incidents, including gushing mud and flooding, had delayed the construction, noted the report.

Shangri-La is China’s new name for the Kham Tibetan area of Gyalthang which is now part of China’s Yunnan Province. So, the tunnel’s construction represents the ongoing project’s linking up of China with Tibet.

The report also mentioned that the Lijiang-Shangri-La railway had 20 tunnels in total, with 19 having been dug through so far. It is expected to enter operation later this year.

Upon completion, passengers will be able to travel from Kunming city, capital of Yunnan, to Shangri-La in four hours. The whole of Yunnan-Tibet Railway construction is scheduled to be completed by 2030.

The Yunnan Tibet Railway starts from Kunming, extends to west Guangdong, which is part of Chengdu Kunming Railway. After reaching Dali, the rail goes northwest to Lijiang along the famous picturesque Erhai Lake, then passes through the Tiger Leaping Gorge to enter the Tibetan territory of Shangri-La.

The construction of such railway lines might lead to more Han Chinese in-migration, thus replacing the original inhabitants of the land, Tibetans. Tibetan nomads are being relocated to concrete remote settlements where they are subjected to propaganda lessons, thus depriving them of their way of life.  Moreover, these railways are dual-use in nature; they can be used during a conflict for easier movement of troops and ammunitions.

The world's most incredible rail journeys

Tue May 10 , 2022
Free from the rigors of the daily commute, traveling by train is by far the most civilized way to get around and really get to know a new country.We all have our favorite journeys, whether it’s conquering the Alps on a cogwheel railway or streaking across the rooftops of Tokyo […] 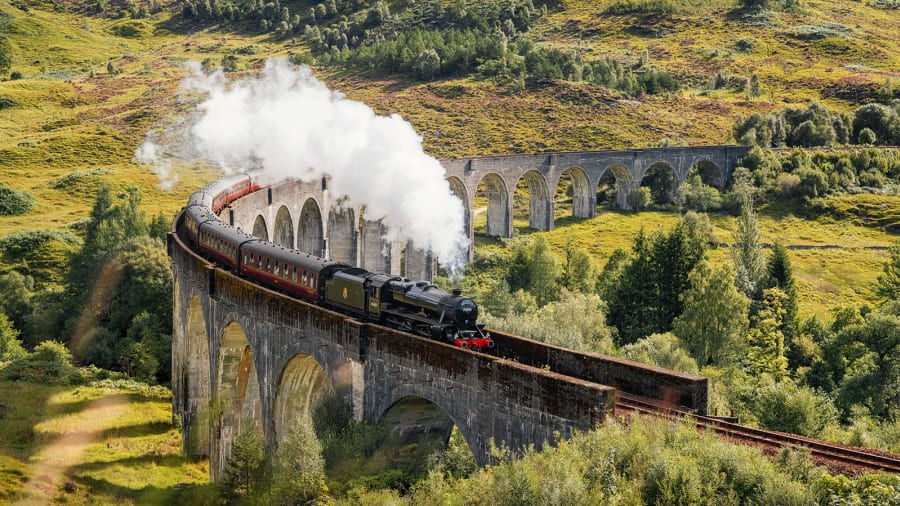