The International Union of Railways (UIC) and the National Society of Railways of Morocco (ONCF) during the InnoTrans 2022 exhibition announced the 11th World Congress on High-Speed ​​Rail (WCHSR), which will be held from 7 to 10 March 2023 in the city of Moroccan. Marrakech (Morocco).

About 1,500 experts are expected to attend conferences, discussion sessions and technical visits.

Over the 4 years that have passed since the previous congress was held in May 2018 in Ankara, the length of existing high-speed lines has increased from 42 thousand km in 14 states to 58.8 thousand km in 20 countries of the world.

The WCHSR Congress has been held since 1992 and has always attracted the attention of railway transport specialists from all over the world.

The previous 10th congress brought together over 1,000 participants from 30 countries, but the most representative was the 9th congress, held in Tokyo in 2015, attended by more than 2,200 people. (photo: UIC).

Thu Sep 29 , 2022
Amani Abou-Zeid , African Union Commissioner for Infrastructure had a meeting with the United States Secretary of Transport, Peter Buttigieg. She twitted that she discussed potential for #cooperation on AU priorities in transport with US Secretary of Transport @PeteButtigieg on the margins of @icao Assembly. This is a major push […] 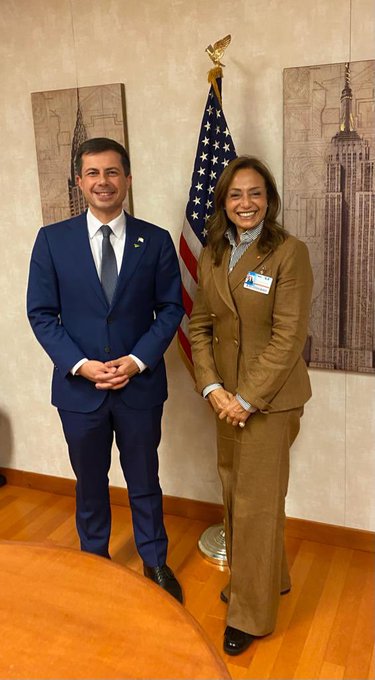