The Federal Government, through the Federal Ministry of Transportation, has directed that the Abuja-Kaduna Train Service should resume on May 23.

The spokesman for the Nigerian Railway Corporation, Yakub Mahmood, made this known in a statement issued in Lagos on Monday.

The News Agency of Nigeria reports that a Kaduna-bound train from Abuja was attacked on March 28 by armed bandits, during which at least eight persons were killed and others kidnapped or missing.

The NRC on March 29 suspended train operations along the Abuja-Kaduna route indefinitely after the bombing by terrorists.
Mahmood said the corporation wished to inform its valued customers that additional security measures were being put in place at both the train stations and the track to ensure the safety of passengers onboard.

He said such measures were not only for the Abuja-Kaduna Train Service but also for all the passenger train services, especially on the standard gauge railway lines.
“Consequently, the passengers are hereby enjoined to cooperate with the NRC in order to enjoy improved service delivery, safety and comfort.

“This is by patiently complying with additional measures that will surely be introduced for the safety of our passengers, such as requesting for passengers National Identification Numbers.
“The NIN is part of our internal security check; in addition, presentation of the following must be strictly complied with before boarding the train:

“A valid photo Identification Card (ID), reachable telephone number of Next of Kin or close relative and an online and offline purchase of tickets must contain the passenger’s individual profile or identification data,” he said.

The NRC official said they should not misconstrue the resumption of train services as abandonment or nonchalant attitude of the government towards their plight.
He said that the federal government would never abdicate its responsibility in rescuing these valuable citizens, however, it assured of its resolve not to succumb to threats by any faceless group.

Mahmood appealed to customers for understanding and invited them to cooperate with their staff at the various train stations.
He urged passengers to desist from obtaining tickets through unauthorised sources.

Wed May 18 , 2022
Since the inauguration of the railways by late King Abdulaziz more than 70 years ago, the Kingdom is experiencing a growth that has reached a rail network of more than 5,000 km 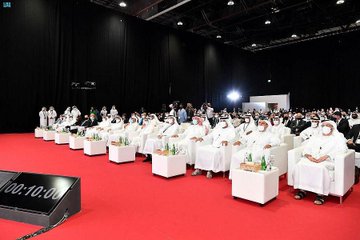