U.S. freight railroads are asking policymakers in advance of a Congressional hearing to understand that rail employees and technology work together to continually improve safety and move goods. The most environmentally efficient way to move goods over land, railroads are also urging lawmakers and regulators to understand that policies that reduce rail’s competitive viability will shift goods to more carbon-intensive modes. The industry has a simple, common-sense message to the Federal Railroad Administration (FRA): let data drive policy.

The call for thoughtful public policy is in keeping with a letter AAR sent to Department of Transportation Secretary Buttigieg earlier this year in response to the agency’s very own innovation principles. It outlined how technologies like Positive Train Control, or PTC, as well as automated track inspection, or ATI, wayside detectors and fuel management systems make the network safer and greener. Railroads greatly value their workers — their work is crucial — and technology can make their work more predictable and safer.

Pertaining to wayside detectors, the FRA recently noted in a new report, “the work reported here shows that the wayside detection systems have performed as expected in improving the railroad fleet performance and operational safety reflected in reduction in derailment incidences.”

Through consistent investment, training and employee excellence, the train accident rate last year was down 32 percent from 2000 and the employee injury rate decreased by 48 percent.

At the same time, technology spans to other areas, such as energy use. Fuel management systems and anti-idling systems, alongside locomotive upgrades and better operating practices, have improved fuel efficiency to a level that railroads can carry a ton of freight 500 miles on a single gallon of diesel. From 2000-2019, railroads consumed 9.6 billion less gallons of diesel and emitted 108 million fewer tons of CO2 due to innovation.

Yet existing and expected policy from the FRA raises questions about the agency’s commitment to progress and willingness to collaborate with stakeholders, such as industry. The FRA recently refused to extend the geographic scope of one railroad’s ATI program and refused to permit another’s to continue. Other waiver applications are long pending with delays beyond the historical norm, while more pilot programs will expire later this year.

The data is clear: ATI is more effective than visual inspections alone, in some cases reducing track geometry defects by 90 percent. Even where ATI is used, visual inspections continue, but they are not needed at the level specified by FRA’s 50-year old inspection regulations. Slowing or stopping their use only stands to reduce investment in new safety technologies.

The industry is also concerned about a regulation to require railroads to maintain the physical presence of two people in the cab of a locomotive with no end in sight. The FRA sent a rule to the Office of Management and Budget in March, despite a continued dearth of data to justify such intervention. When originally proposed in 2016, the FRA noted it did “not have information that suggests that there have been any previous accidents involving one-person crew operations that could have been avoided by adding a second crewmember.” PTC, which helps avoid the worst accidents, makes the case for freezing current operating models in perpetuity even less reasonable.

Railroads, competing in a dynamic market defined by technology, need options in the future to redeploy employees outside of the cab. As Norfolk Southern EVP and COO Cindy Sanborn noted in testimony to the committee, railroads “seek the flexibility to continue to work with rail labor under the existing collective bargaining framework to identify when the presence of PTC, or other technologies, allow a reduction in the number of crewmembers in a locomotive cab without jeopardizing rail safety.”

Importantly, AAR continues to make clear to the administration and Congressional leaders that technology and labor are not inherently at odds.

“A vast wealth of data and experience shows that humans and technologies are both needed to perform important functions and together they improve outcomes,” says AAR President and CEO Ian Jefferies. “Technology is key to continued gains in key planks of the Biden agenda, including ever-improving safety, the climate and supply chain fluidity. We need sensible and coherent policies now more than ever to propel railroads into the future.”

Fri Jun 17 , 2022
A railway technology start-up that claims it can turn existing tracks into magnetic levitation rails able to propel trains along at 550km/h has received a €2.5m grant and may get up to €15m more in equity funding from the EU’s European Innovation Council (EIC). The company, Nevomo, which has offices […] 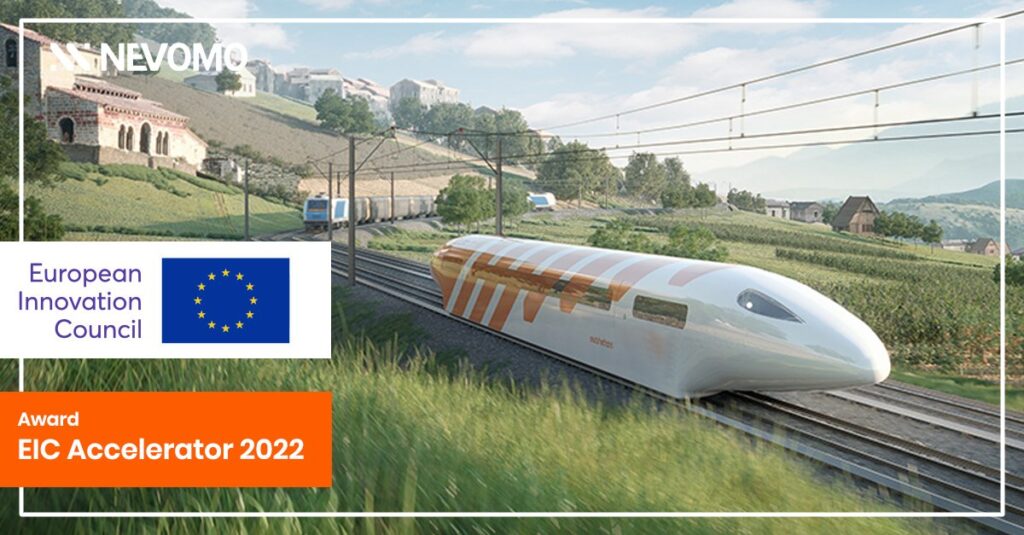