In order to move heavy vehicles from storage to deployment areas across Europe (and other parts of the world), rail is essential.

Rail provides force commanders with the ability to move heavy equipment quickly at distance and scale. It is also generally cheaper than a road, for example, moving two dozen heavy vehicles like Warrior from the Redmire railhead at Catterick to Dover would cost about £100k by road, or £20k by rail.

Moving the equipment by rail also allows drivers to travel by a separate means without the fatigue of driving long distances.

There really is no substitute for rail (stand fast you port folks, yes, you as well!)

Methods of loading and unloading can vary, and as long as there have been tanks, there has been thinking about how to get them on and off the railway.

The most simple is a concrete platform on a siding, the train reverses into the siding and vehicles simply drive from the platform onto the railway wagons, directed to the end of the rake carefully by a banksmen, each vehicle driving from one wagon to the other.

From the US Army 7th Training Command, the video below shows an excellent example of this method.

At the other end, the process is reversed.

The problem with this method though is the availability of suitable sidings and suitable concrete platforms. Most rail freight is not vehicles, it is bulk materials and containers (or swap bodies), infrastructure has developed to meet the most common demands. RORO sidings are not as common as one might think.

Specialist rail freight terminals are also likely to be very well known to potential enemies, so given they are so few, are likely to receive the attention of long-range fires, combat aviation and special forces.

Great for peacetime (or if circumstances allow, the run-up to wartime) or as an intent signalling activity, but it is not unreasonable to recognise their vulnerability.

An alternative would be to crane vehicles and equipment off at any point on the railway line.

This is not a difficult method but it is likely to be very slow and will require a specialist crane, even the large Terex AC-55-1 mobile cranes in service with the British Army would be unable to lift MBT class vehicles.

During the Cold War, this problem was recognised and the British Army introduced a piece of equipment to address it.

Two versions were introduced in 1990, Rail Transfer Equipment (RTE) and EKA Simple Rail Transport Equipment (SRTE), the main distinction being one was trailer mounted and the other mounted on a DROPS style flatrack. These used a hydraulic side loading approach to load and unload flatracks of ammunition from railway wagons, far away from likely targets. They would park parallel to the railway line, unload from the train and be driven away, or be placed on the ground where they would be picked up by a DROPS truck.

As clever as these were, they could still only lift 17 tonnes, no good for heavy vehicles.

These are no longer in service but there are alternatives commercially available from Hamar, Steelbro and Boxmover that might be used, although most max out at 45 tonnes and unloading vehicles one by one would still be fairly slow.

If the wagon bed was low enough to the ground, tracked vehicles will be able to complete a neutral turn and simply drive off, as this example from 507 Specialist Team Royal Engineers (STRE) illustrates (great Twitter account to follow)

And for something more dramatic!

It might also be possible to create an expedient side loading ramp using Hesco Bastion or concrete blocks as a revetment. And this example, also from 507 STRE, shows what can be achieved using timber railway sleepers.

As usual, there is nothing new in this world.

There are some older designs called a Ramp Wagon.

These are railcars equipped with a detachable bogie that allowed them to be tilted down, and as the name suggests, used as a ramp. We have two 65 tonne ramp wagons left in service now

Perhaps a safer, quicker, and more practical alternative is nothing more than a transportable steel ramp. Shown below is an example from the US Army Theater Logistics Support Command Europe, as can be seen, it still requires a firm foundation.

or this from LTG Cargo in Lithuania.

Both would be relatively easy to bring into service.

There are alternatives to these, of course.

First, is the RM-70 from the PGZ Group in Poland. The ramp is clipped to the rails and foldable boards provide the ramp surface. No component weighs any more than 100kg so it is easily transportable.

There is also a lighter weight version with a capacity of 35 tonnes.

This is a modular system designed for both road and rail, able to accommodate a number of different rail gauges and wagon/truck heights.

A useful feature is the Rail Protection Mat that allows continuous track, rather than sidings, to be exploited.

Access to the adjacent roads may be a problem but there are likely to be significantly more locations to do this than fixed infrastructure, a level crossing for example.

All the components can fit inside a 20ft ISO container, so you know, sold.

Rail transport is important, and ramps are also important.

Appreciate this might be in the niche corner, but as vehicle weights increase and threats likewise, it might be useful to look at options for increasing flexibility and resilience.

Mon Jun 20 , 2022
The CAF Group has achieved further success in France on being selected to supply the new fleet of trams for Montpellier Méditerranée Métropole, a French metropolitan area located in the Occitania region, surrounding the city of Montpellier. This region encompasses 31 different municipalities, with a total population of close to […] 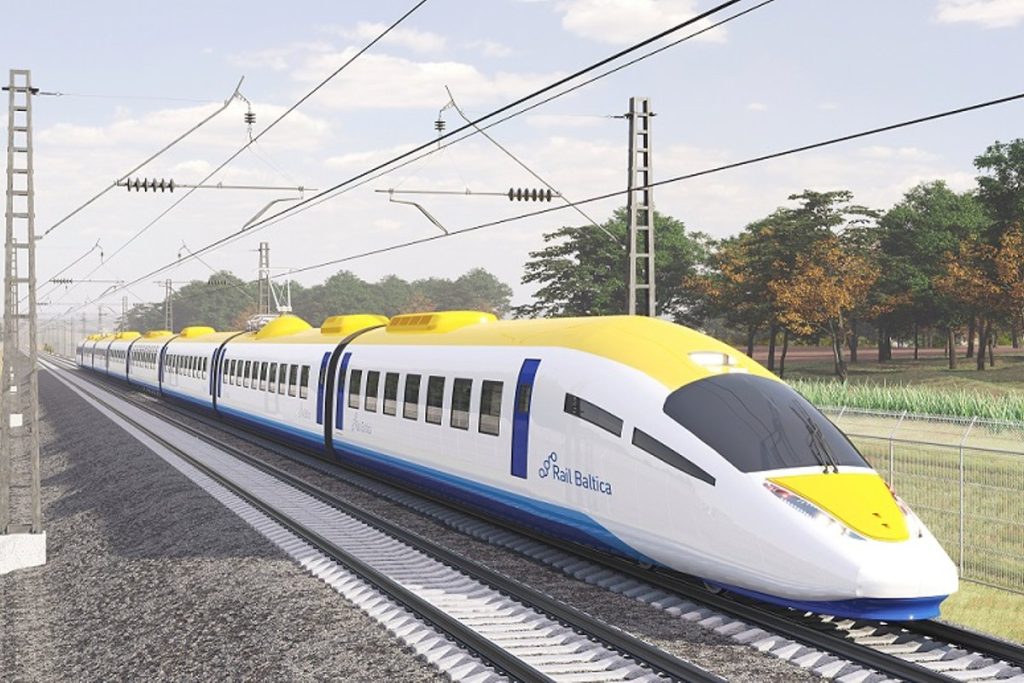