SNCF Réseau has awarded works package 2 of a contract relating to industrial track renovation to ETF, a VINCI Construction subsidiary. This contract is part of the performance plan agreed upon between the French State and SNCF Réseau, which operates France’s rail network, on 6 April 2022.

This 5-year contract, with an initial value of €118 million, will take effect in January 2024. It will involve replacing an average of 135 km of track per year using two ETF-proprietary systems: a 550 metre long factory train that will replace tracks and fasteners, and a new 432 metre long rail transport train that will carry new tracks to the worksite and remove old ones from it.

ETF will be able to leverage the experience it acquired on the contract involving track and ballast renovation in built-up areas, which it reached with SNCF Réseau in 2015.

Tue Jun 28 , 2022
“The G7 wants to make the world a better place with better infrastructure. Today, we launch our joint work on this with the Partnership for Global Infrastructure and Investment,” Scholz said in a press statement. [Sean Gallup/EPA] 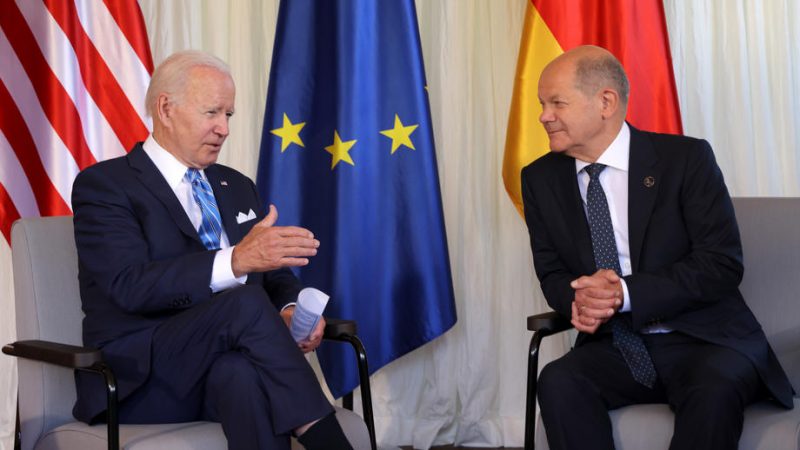