The outstanding contribution of the railway to the advancement of sustainable mobility is amply demonstrated. However, the Spanish government is still not making a firm commitment to the most sustainable means of transporting people and goods. In this link you can compare the carbon footprint of the different means of transport with respect to the train. Just a couple of facts about it: one kilometer of double-track railway provides a transport solution equal to that of 16 motorway lanes in the same section , while a 450-meter freight train transports a load equivalent to that of 20 large capacity trucks: all this with less than half of polluting emissions.


Claiming this outstanding environmental profile, this important role of the train in the advance towards a cleaner and more sustainable transport model , the Iberian Alliance for the Railway asks that the railway systems have a greater role in the policies aimed at promoting the fight against change climate. The 14 social, trade union and environmental organizations from Spain and Portugal, founders of this platform, demand that the Portuguese and Spanish governments pay more attention to the service provided by the daily use train, which is the one that structures territories and facilitates mobility needs with social equity and with minimal environmental impact.


According to this organization, the interest of the administrations seems to focus exclusively on high speed, while the abandonment of commuter, regional and freight transport systems has meant that 80% of Spanish territory is currently neglected , with a rail system that does not meet the real needs of the population and industry.


The fact that has led to the creation of this alliance in defense of the railway has been the recent announcement of the closure of the conventional line Aranjuez – Cuenca – Utiel, which joins the long list of nonsense that has been added in recent years, such as the closure of the night train lines Madrid-Galicia, Barcelona-Galicia, Madrid-Lisbon and Irún-Lisbon, as well as those of Madrid-Paris and Barcelona-Paris. According to this platform, in order to meet the decarbonization objectives set by the 2030 Agenda , the urgent transfer of passengers and goods to the rail mode is necessary, which contradicts the trend towards the closure of lines and the neglect that the existing. For this reason, they demand that any new closure of train lines be avoided and that the suspended lines be recovered . Instead, conventional rail lines need to be refurbished, rehabilitated, interconnected and upgraded to provide efficient service and become a real alternative to road transport.


As they point out from the Alliance, due to the different track width , Spain and Portugal have historically been representing a ‘railway island’ with respect to Europe. Despite the large investments made to implement the standard gauge in Spain, this situation has not been reversed, so both countries must work together to improve cross-border connections and definitively converge to the standard gauge of the European continent. For all these reasons, the Iberian Railway Alliance proposes to the governments of Spain and Portugal the adoption and implementation of these ten urgent measures : Not only does the train live on High Speed: improving the regional network of conventional trains is necessary to promote its use


1) By the end of 2022, all towns and cities in Spain where there is a station on an operating line will have a minimum of 4 daily rail services in each direction, with schedules that allow at least one round trip. return to the provincial capital on the same day.

2) Presentation, before the end of 2022, of a reinforcement plan for the Cercanías hubs with lower services at present: Asturias, Bilbao, Cádiz, Málaga, Murcia-Alicante, Santander, Seville, Valencia and Zaragoza. A plan that should increase demand by 75% in 2026 and 150% at the end of this decade;

3) Tender for the purchase of a sufficient number of trains , modular and accessible, to satisfy the above points.


4) Presentation of a plan to revitalize metric gauge services , the networks of the old Feve and the C9 Cercedilla to Cotos line, to leave them, before the end of this decade, at a level similar to the current autonomous railway services: FGC (Catalonia), ETS (Euskadi), FGV (Valencian Community) or SFM (Mallorca).

5) Creation of the national and regional transport subscription, before the end of 2023, on a monthly, quarterly or annual basis, which allows the use of all public transport in Spain, or in the region, beyond high-speed services . The Swiss system can serve as a model. 6) Before the end of 2022, a plan must be presented to achieve the effective integration of bicycles in rail access , including High Speed. The plan must also include the construction of sufficient secure bicycle parking in stations in cities with more than 25,000 inhabitants. A plan that must guarantee, without restrictions, thanks to the modular railway material , the stop at all the stations that give access to the different networks of peninsular natural spaces.


7) Launch a plan to promote daytime cross-border services between Spain and France and Portugal, both direct and with border exchange, to make them homologated at the same level that France enjoys with its neighboring countries on the north and east.

8) In coordination with the European authorities, before the end of this year, implement cross-border night services between Spain and Portugal, France, Belgium, Germany, Switzerland and Italy. Immediate recovery of canceled night trains in our country . The entry into service of the Plasencia-Badajoz high-speed section must be accompanied by a Barcelona-Madrid-Lisbon night service.


9) Present, in 2022, a plan so that the railway transports 10% of goods in 2025 and 18% at the end of this decade, equaling the European average quota. 10) Design, before the end of 2023, a favorable tax system for the use of the railway and sustainable mobility comparable to the best European practices.

All the proposals can be consulted in the document ‘More train trips, less emissions’ , prepared by the Alliance and in which the bases for relaunching the railway in Spain and Portugal are detailed. 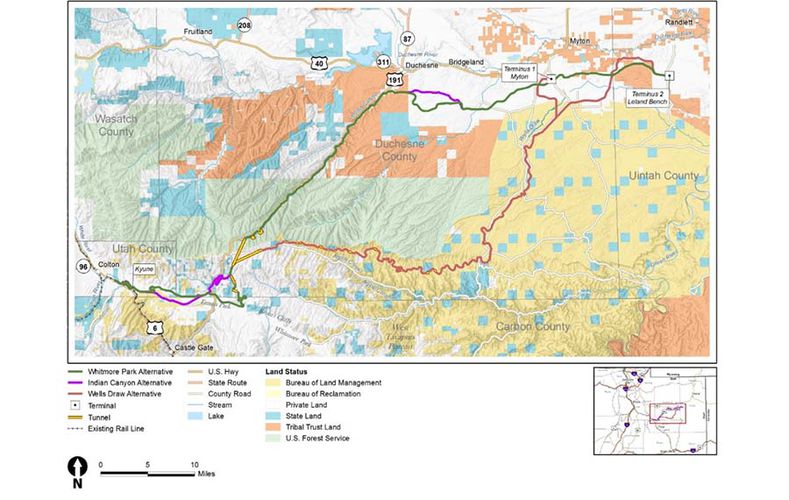