In an attempt to revamp the railway system in Ghana, the government has signed an agreement with Messrs Thelo DB of South Africa and Transtech Consult Limited to upgrade the Western Rail Line.

This is expected to improve passenger and freight mobility.

The consortium will collaborate with the African Export-Import Bank (Afreximbank) as the financier and mandated lead arranger to structure and mobilize financing for the 300-kilometer Huni Valley to Dunkwa, Awaso, and Nyinahin to Eduadin sections of the Western Railway Line.

Additionally, the agreement will require the rail manager and the rail operator to work together to provide operations and maintenance management of the entire Western Railway Line.

The undertaking will serve as a framework through which the Thelo DB consortium is appointed as a service provider for the GRCL in relation to the rail project.

The development of the Western Line forms part of the first phase of the railway master plan which is critical to the success of the integrated aluminum industry being promoted by the government.

Stressing the need for an effective railway, the Minister for Railways Development, Peter Amewu noted that the provision of an efficient rail transportation system along the Western corridor would remove some major constraints to economic development through a reduction in freight transport cost and fuel consumption, an extension of the lifespan of the Western corridor roads, reduction in road maintenance cost and also an improvement in road safety.

“The project is being financed under a €500-million Deutsche Bank credit facility acquired by the Akufo-Addo-led government,” he said.

Sun Aug 28 , 2022
Bangladesh and India have signed two contracts for the construction of a new broad-gauge line between Khulna-Darsana and conversion of metre gauge line into a dual-gauge line between Parbatipur and Kaunia. “Milestone in India-Bangladesh development cooperation! Consultancy Contracts for Khulna-Darsana and Parbatipur-Kaunia rail projects under India LOC signed today. These […] 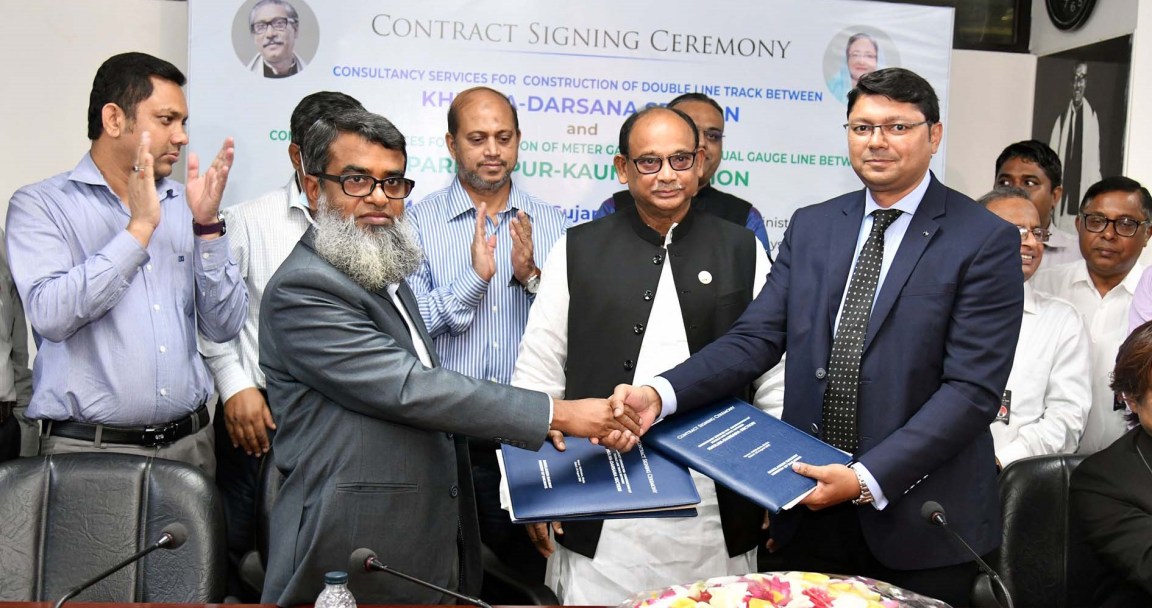