Labour would bring the railways back into public ownership if it wins the next election, the Shadow Transport Secretary has said.

Louise Haigh told delegates at the party’s annual gathering in Liverpool that power needed to be “in the hands of the public”.

Senior Labour figures sparked confusion in the summer with conflicting statements about nationalisation before Keir Starmer clarified to the Mirror that Labour would stick with plans to nationalise the railways but had dropped a pledge to do the same for utility firms.

Addressing the conference hall, Ms Haigh said: “We will cast aside the tired dogma that has failed passengers.

“We will improve services and lower fares. And, yes, conference, Labour in power will bring our railways back into public ownership where they belong.”

Keir Starmer was forced to clarify Labour’s position after Shadow Chancellor Rachel Reeves suggested it would not go into the next election promising to take rail, water and energy firms into public ownership.

Ms Reeves said the policies were not compatible with new “fiscal rules” she would introduce to restrain public spending.

It would have marked a major shift away from Labour’s 2019 manifesto pledge to nationalise a broad range of companies.

But Mr Starmer told the Mirror that with so much of the railways already in state hands, it would be “pragmatic” for that to remain the case if he makes it into No10.

The Labour leader has already junked large parts of the party’s manifesto in a break from Jeremy Corbyn’s tenure.

Earlier this year he distanced himself from Corbyn-era pledges on free tuition and raising income tax on the top 5% of earners. 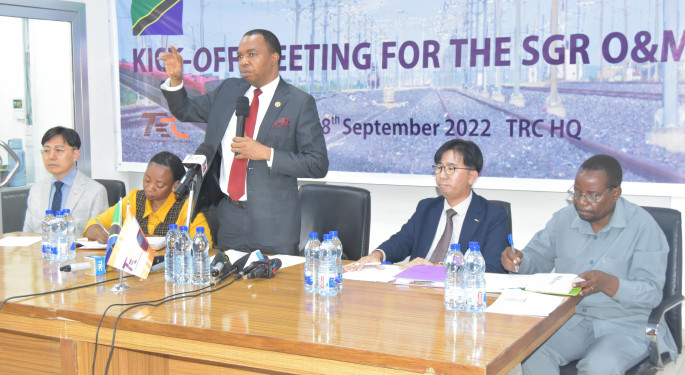