The measure, which covers regular journeys on local and medium-distance routes, was initially meant to only go until the end of this year


The Spanish government announced the country’s budget for 2023 and in it, there’s a notable provision, which allows the extension of the free and discounted tickets for passengers using short- and medium-distance trains in the country. The measure was initially only supposed to last until the end of 2022, however, the authorities have deemed it necessary to extend it.

The free ticket scheme is available for users of Cercanias and Media Distancia routes operated by Renfe, and for Rodalies in Catalonia. The subsidy, however, does not cover single-trip tickets and is only applicable to multi-journey tickets in order to encourage regular use of public transport.

Easing travel expenses and environmental suffering
The social side of the plan is clear as it aims to show ongoing support to commuters feeling anxiety in times of rocketing energy prices and untamable inflation. However, it also fits nicely with an ambition to promote railway travel as more sustainable and environmentally friendly in line with European missions on decarbonization.

“We are going to convert this policy into a structural one and we want to see the concrete results that public transport brings to reduce CO2 emissions,” confirmed the Spanish Minister of Finance, María Jesús Montero at the budget’s presentation. The government funding for the extension of the scheme amounts to 700 million euros.


The train trips are free of charge, but users have to pay a 10-euro deposit when buying a ticket (or multiple-journey ticket) for the first time. In the initial plan, train users had to use the ticket at least 16 times between September and December. If they comply with this measure, they will get a refund back at the end of the year.

Since the free-ticket initiative went into force on 1 September, Media Distancia trains have seen a 40% growth in users and Cercanias have seen an increase of 24%. 1.5 million free tickets have been issued to date. 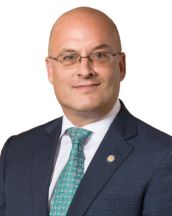