Lisbon,Oct.10,2022(Lusa)–CP, Portugal’s incumbent rail operator, wants to launch, in 2023, a tender for the acquisition of 12 high-speed trains worth 336 million euros, according to the report accompanying the draft state budget for 2023.

Thus, CP foresees “the launch, in 2023, of a tender for the acquisition of 12 high-speed trains worth 336 million euros”, ensuring that “it should be done with the company’s own funds, made possible by the clearance of its historical debt”, the report reads.

“In 2023, Comboios de Portugal, E.P.E. (CP) will pursue the goal of improving passenger rail services, both through the acquisition of new rolling stock and through the recovery and modernisation of existing rolling stock,” the document indicated.

The government also noted that, “in 2023, the contract between CP and Stadler Rail for the supply of 22 locomotives for regional services will be in force,” indicating that in addition to this, “the contract launched in 2021 for the acquisition of 117 new electric locomotives (62 for urban services and 55 for regional services), with a total value of 819 million euros, financed by the Environmental Fund and European funds, will be implemented”.

On the other hand, “the focus remains on the installed capacity for maintenance of rolling stock at CP in its different workshops, in order to ensure the regularity and quality of rail service,” the report said, noting that this year “the Railway Competence Centre came into operation, promoting the exercise of initiatives and activities of technical training, research, development and innovation (R&DI) in technology, particularly in the area of railways and railway equipment, in close connection with existing industrial activity.

The new Porto-Lisbon high-speed line, which aims to connect the country’s two main cities in just one hour and 15 minutes with a non-stop service will be built in three phases.

“This line will be fully integrated with the rest of the national rail network. The cities [of Porto and Lisbon] will be served at the central stations,” said Carlos Fernandes, from the Board of Directors of Infraestruturas de Portugal (IP – the country’s road and rail infrastructure company), on 28 September.
Fernandes said that the new high speed line would have a double track and would link Porto and Lisbon in an hour and 15 minutes.

Construction is divided into three phases, with the first, the section between Porto and Soure, expected to be completed by 2028.

Wed Oct 12 , 2022
Portuguese contractor Mota-Engil and Chinese rolling stock maker CRRC have signed a €1.3bn deal to build three metro lines in northeast Mexico. The contract is for the construction of lines 4, 5 and 6 of the Monterrey subway system, with a total length of 36km. The lines will connect the […] 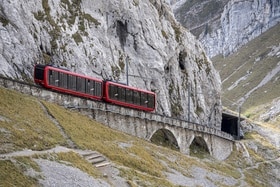