China is on the move in Africa. Its tentacles now reach nearly every corner of the continent. Its companies have cornered large chunks of the continent’s mineral resources. Tech giant Huawei, whose business in the West has been decimated by American sanctions, remains the dominant supplier of Africa’s 4G network hardware, and is poised to retain its position through the transition to 5G.

Most of Africa’s signature modern infrastructure projects, from railways and roads to dams and ports, have been, or are being, built or upgraded by Chinese firms, many of them state-owned, with funding from Chinese loans and grants.

Even the building currently housing the headquarters of the African Union was a wholesale Chinese gift, from foundations to rafters.

This has caused consternation in Europe and North America, where pundits allege that China is setting African countries up for a debt-trap, as part of a ploy to launch a new colonial empire. Others assert that China’s domination of the continent’s tech sector opens the door for espionage, not just against the hapless governments of African countries, but also, through them, their Western allies.

Even more balanced critics hold that China is the net beneficiary of its close relations with Africa. Much has been made, for instance, of the consistent solidarity of African countries with China on the international stage. This takes many forms, from voting with China at the United Nations to keeping silent on the plight of the Uyghurs. To many, this is a sign that Africa has been drawn into China’s orbit. The goodies it dispenses are a small price to pay for such influence.

Some of these fears are exaggerated. In March, for example, Bloomberg ran a YouTube video debunking the fears of a debt-trap, echoing an earlier critique by the creator behind PolyMatter, a popular YouTube channel. Chinese debt, according to Reuters, accounts for a relatively small portion of Africa’s total, much of which is still owed to Western institutional and private lenders – and their interest rates and terms are much worse.

However, other sources of Western unease about China in Africa remain largely unchallenged. Fears of Chinese high-tech spying have continued to grow. They were confirmed by the embarrassing discovery, in early 2018, that the shiny new headquarters of the African Union was bugged and had been transferring large amounts of data to servers in China by night.

Also unquestioned is the accusation that China’s engagement with African countries, which is notoriously untethered by considerations of human rights and governance, is contributing to an erosion of freedoms and the entrenchment of corruption on the continent. Reports of rampant racism and other malpractices by Chinese people in Africa have also grown.

Will the West become irrelevant in Africa?

These issues are not trivial and they are worth pursuing. However, it is the West which is responsible for China’s popularity in Africa and unless it adjusts its attitude towards Africa (and China too), it will become irrelevant. Let me explain.

The problem stretches back to the dawn of independence in Africa. Many African countries started out with miniscule economies, sparse infrastructure, and minimal education rates. The departing European countries were aware of this. In fact, the Schuman declaration, the foundational document of the European Union, spells out “the development of the African continent” as one of Europe’s essential tasks.

Whether this was founded upon a sense of guilt or upon a sense of solidarity is irrelevant. Europe, like a mother, had just created new native-run states and dragged them into the modern economy. Abandoning them to their own devices at this stage would have been a betrayal.

In the first few years after independence, many European countries took this duty seriously, doling out development aid and giving scholarships to droves of students. However, Europe soon turned into a toxic mother, with a penchant for meddling in the internal affairs of African countries, assassinating their leaders, and fomenting coups and civil wars.

Now, it’s possible that this was motivated by a desire to keep African countries from falling into the orbit of the Soviet Union. Or maybe it was just a carry-over from the colonial era. Whatever the case, it turned many Africans into Europhobes, who saw Europe’s involvement in post-independence Africa as neo-colonialism.

The final straw came after the fall of the Soviet Union. In the West, this momentous event was seen, correctly, as a validation of the superiority of the Western model of economics and government. But it also led to an unhealthy amount of cockiness over that superiority. Western leaders and pundits forgot that though “truth may be vital, […] without love it is also unbearable,” as Jonathan Pryce (as the future Pope Francis in the film “The Two Popes”) says, loosely quoting Benedict XVI.

However, the damage was done. African leaders had learnt what it meant to have no choice. Twice. And they resented it. China became a credible challenger to the Western model of engagement with Africa. And, crucially, many leaders in the West failed to appreciate the severity of the challenge.

Naïvely assuming that political liberalisation in China itself was inevitable, they didn’t see the need for a more respectful relationship with Africa. African countries had to continue fulfilling governance and social conditions to earn Western assistance. Deviance was not only frowned upon but also severely punished, even in the form of debilitating, if sloppy, sanctions against some of the poorest countries in the world.

This was a big mistake. China didn’t take long to slide into the space left by the Soviet Union, and then to steadily outgrow it. It positioned itself as a neutral and equal economic partner to the continent, rather than as a benevolent but superior helper (like Europe) or as a co-revolutionary (like the USSR).

Earlier, China had portrayed itself as another victim of Western colonial powers; now it portrayed itself as a leader and a model. It was not so much on an evangelising mission (yes, it tried to spread Maoism during the Cold War, quickly recognised its failure and promptly de-emphasised the effort) as a recognition of brotherhood.

China is helping African countries develop infrastructure that the West should have seen to. It’s cooperating with African leaders who are considered pariahs in the West, leaving the matter of ousting or keeping such leaders to Africans. It pursues no alliances pitting African countries against each another. And, in the process, it has firmly established itself as a more reliable partner to African countries than the finicky and agenda-driven West.

The West is only now starting to wake up to this change. Sadly, it’s not obvious that its thought leaders know what to do They harp endlessly about a rules-based international order, which they accuse China and its allies of violating, oblivious of the resentment the rest of the world feels over the fact that the rules of that order were set by the West.

Worst of all, the West takes it for granted that it is now and will remain the centre of global power. This is by no means certain any more.

Is anyone listening to the wake-up call?

What the West fails to appreciate is that African countries are truly sovereign, and have a right to chart their own path through history. It has failed to move on from its overbearing posture, insisting on making its help conditional on social interference. And while this was excusable in the period after independence, when Europe still had a colonial hangover, those days are over.

To me, the saddest and most ridiculous aspect of this change is that Africa and the West are two sides of the same coin. Their ties span millennia, and their value systems are much closer together than either’s is with China’s. Christianity and other aspects of the Western value system had a much easier time getting a foothold in Africa, in part because they made much more sense here than in China.

The independence movement in Africa was motivated by appeals to traditional Western values; nearly every African country started out as a Western-style democracy, and nearly all still aspire to be so. Africa’s remaining dictators, unlike China’s, still go through the motions of organising elections – complete with campaign rallies by mock opponents – to ground the legitimacy of their rule in the will of their people; those that don’t organise any still feel the need to promise to.

Despite their growing closeness with China, no African regime wants to copy its model of governance. If anything, the continent has only become more democratic since the blitz of Chinese engagement began. When things have become worse, it has not been due to China’s malign influence.

It is therefore quite puzzling that the West persists in treating African countries as clients rather than friends. By driving them into China’s arms, the West is scoring a geopolitical mistake, throwing away an easy friendship for playground bully points. Whether it can recover from this mistake, I cannot say. But I can say that this leaves it in a very precarious position.

In a century in which the West will steadily move from the centre of global power and influence, having fast friends on the fastest-growing continent isn’t such a bad idea.

Fri Sep 2 , 2022
The T-MEC corridor will bypass Texas and go through New Mexico instead, according to a top Mexican official. Ariana Garcia Texas is losing out on a major trade railway worth billions of dollars in response to Gov. Greg Abbott’s recently rescinded enhanced safety inspections for commercial trucks entering the state through […] 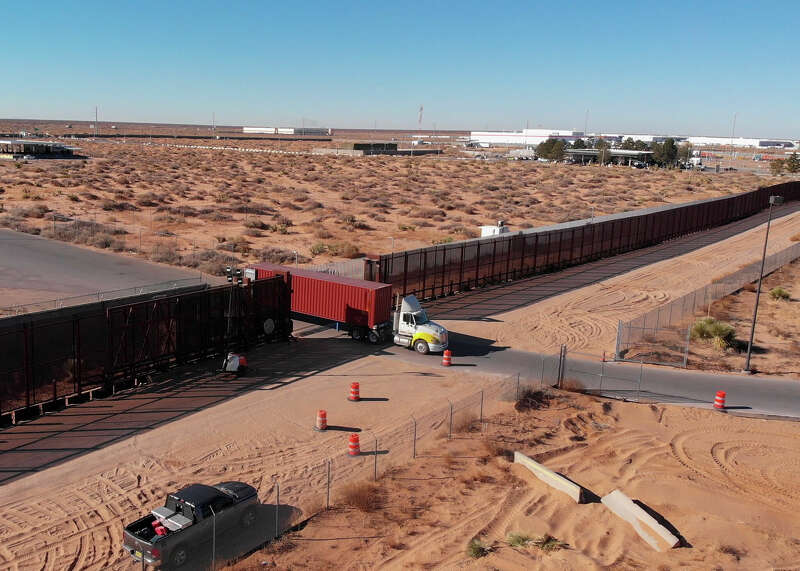