The Russo-Ukrainian war, the extensive sanctions against Russia that the West adopted in response, and the growing possibility that European border states will block east-west transit routes traversing Russian territory into Europe, including the so-called Northern Corridor of China’s Belt and Road Initiative (BRI), are all having far-reaching implications for the landlocked countries of Central Asia as well as the South Caucasus.

The Middle Corridor or the Trans-Caspian International Transport Route (TITR), which starts from Southeast Asia and China, and then runs through Kazakhstan, the Caspian Sea, Azerbaijan, Georgia and further to European countries, are increasingly seen as potential alternatives to trade routes relying on Russia (see EDM, April 18, 19, 20). But another budding option is to develop and link to Iran’s overland transit networks, which offer connections to Turkey, the Middle East and Europe, as well as to Iranian seaports on the Persian Gulf and the Gulf of ​​Oman.

In the context of such developments, on March 11, the Republic of Azerbaijan and the Islamic Republic of Iran agreed to establish new railway, highway, communications and energy supply lines connecting mainland Azerbaijan in the “East Zangezur Economic Region” to its exclave of Nakhchivan through the territory of Iran (Caspian News, April 26). This highway will be 55 kilometers long and start from the Azerbaijani village of Aghbend, in Zangilan District. The village came under the control of ethnic-Armenian forces in October 1993, during the First Karabakh War, but was recaptured by Azerbaijan on October 22, 2020, in the Second Karabakh War. Aghbend is located in the southwestern corner of Zangilan District, near the border with Iran and Armenia; but the Aras River (which forms the Azerbaijani-Iranian border there) physically separates this village from Iran. Therefore, in addition to the abovementioned highway, Tehran and Baku plan to build two railway bridges and a road bridge over the Aras to Iranian territory. After that, the highway will pass through the Iranian province of East Azerbaijan and connect across the border to the city of Ordubad, in southern Nakhchivan. To reach Ordubad, more bridges (two rail, one road) will need to be constructed across this more westerly part of the Aras River (YJC News, March 15).

From the point of view of the Republic of Azerbaijan, the construction of this trans-Iranian Aghbend–Ordubad highway is important for three reasons. First, it will be a continuation of the Horadiz–Jabrayil–Zangilan–Aghbend highway that passes through Azerbaijan’s de-occupied Fuzuli, Jabrayil and Zangilan districts, physically linking these southern regions bordering Karabakh to Nakhchivan and onward all the way to Turkey. This transit link will be of great economic importance for the Republic of Azerbaijan as it seeks to rebuild its southwestern territories following the Second Karabakh War. Indeed, the head of the foreign policy affairs department of the presidential administration of Azerbaijan, Hikmat Hajiyev, explicitly said, “Baku, Tehran and Ankara will be the founders of the new transit line” (Tasnim News, March 12).

Second, the 55-kilometer highway through Iran will be an alternative to the “Zangezur corridor” across southern Armenia, which has not yet been realized despite the efforts of the Azerbaijani government, including threats of force. Reasons for this lack of progress on the Zangezur corridor include different interpretations of the Armenian and Azerbaijani sides regarding Article 9 of the Second Karabakh War ceasefire agreement, signed on November 9, 2020, that specifically discusses the building of regional transit links. Moreover, the political situation in Armenia is fragile and unstable. Opposition from traditional and nationalist political groups, including the Republican Party, The Armenian Revolutionary Federation (Dashnaktsutyun) and the Armenian National Movement, remains strong. Anxieties abound in Baku, Moscow and Ankara that if Nikol Pashinian’s government falls and those opposition factions return to power, Armenia will no longer abide by the 2020 ceasefire document or follow-on agreements. Under such possible circumstances, Baku is deliberately pursuing another option should the Zangezur corridor not come to fruition.

Third, the agreement with Tehran will allow Baku to reestablish a rail link between mainland Azerbaijan and the Nakhchivan exclave for the first time in three decades. During the 1930s and 1940s, the Soviet Union built a railway connection from Baku to Nakhchivan across Armenia’s Meghri region (the same territory across which Azerbaijan wants to develop the Zangezur corridor). But after the First Karabakh War, the regions of Fuzuli, Jabrayil and Zangilan came under Armenian control, and the railway between Nakhchivan and mainland Azerbaijan was severed. Although the November 2020 ceasefire statement raised expectations that the three-decades-long deadlock on regional transport redevelopment, especially railways, would be resolved, Armenian objections and considerations regarding the Zangezur corridor have so far deflated hopes for quick progress. Therefore, the Azerbaijani government decided that a rail link to Nakhchivan via Iran could be a safe and viable alternative to rebuilding the Soviet-era railway across southern Armenia.

Iran, in turn, has its own considerations and interests for allowing the construction of a highway and railway between Zangilan and Nakhchivan across its own territory. In the aftermath of the First Karabakh War, Iranian territory was used as a transit route for buses and trucks between mainland Azerbaijan and Nakhchivan for three decades. Iran is not against the reestablishment of direct access to Nakhchivan for the Republic of Azerbaijan through the Zangezur corridor; but Tehran does oppose its creation by force or by a change in international borders—especially the 38-kilometer border between Iran and Armenia. As such, Tehran sees the construction of a dedicated highway and railway line between Zangilan and Nakhchivan via Iran as an appropriate alternative to the Zangezur corridor that will lower the pressure on southern Armenia. For this reason, Ahmad Kazemi, an Iranian expert on the South Caucasus region, called the March 11 Iranian-Azerbaijani transit agreement “Baku’s reconciliation with geopolitical realities” (Khabar Online, March 16).

In a situation where the revival of the Soviet-era railway across southern Armenia remains somewhat unclear and the north-south Rasht–Astara railway inside Iran has not yet been completed, the construction of a railroad between Azerbaijani Zangilan and Nakhchivan crossing Iranian territory provides notable benefits to both Baku and Tehran. Azerbaijan regains a higher-capacity overland link with its exclave. While for Iran, rail access to the Republic of Azerbaijan means a physical connection on to the Russian Federation, allowing Iranian companies to take fuller advantage of the preferential trade agreement between the Islamic Republic and the Moscow-dominated Eurasian Economic Union.

Mon May 9 , 2022
The new loan for the Belabo – Ngaoundere railway represents the EIB’s largest ever financing for transport investment in sub-Saharan Africa and the largest single investment in Cameroon. 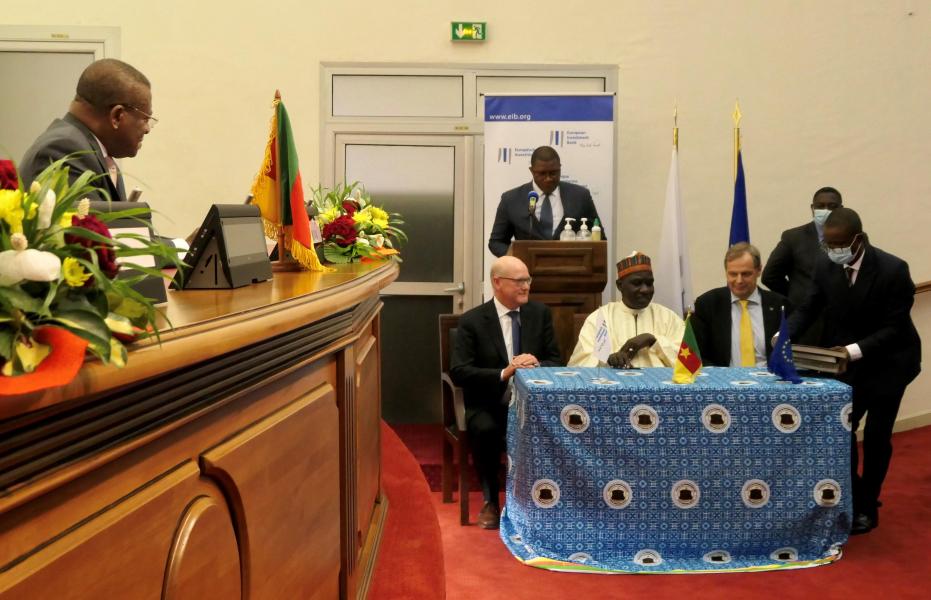