Transport ministers from Burundi, Tanzania and DRC have met in Kinshasha to review the implementation schedule of the Uvinza-Musongati-Gitega-Bujumbura-Uvira railway project.

At the end of this meeting, the Ministers reiterated their commitments to implement the plegdes made by the three countries in order to bring the project to a successful conclusion after having consulted the report of the tripartite steering committee concerning the progress of this project.

The Tripartite Ministerial Meeting signed the report by the Steering Committee on the Uvinza-Musongati-Gitega-Bujumbura-Uvira-Kindu Electrified Standard Gauge Railway project.

The Joint Tripartite Technical Committee for the Uvinza-Musongati-Gitega-Bujumbura-Uvira-Kindu Electrified Standard Gauge Railway Project is made up of experts from the three countries and Central Corridor Transit Facilitation Agency and reported on developments on the project and the roadmap for the project.

Burundi had in a 2020 presidential decree released by Burundi’s President Evariste Ndayishimiye formed a committee whose mission is to ensure the sustainability of the project with the National policy.

The railway project is expected to connect from Tanzania through the central corridor Uvinza-Musongati-Gitega-Bujumbura-Uvira and Kindu will see Burundi’s direct access to the coastline hence reduction the cost of doing business in the region.

“The committee will be able to validate the feasibility studies and specific projects proposed by the technical committee for the monitoring of railway projects in Burundi,” part of presidential decree reads.

The formation of the Railway project committee comes after a tripartite meeting between the transport ministers of DR Congo, Burundi and Tanzania that took place in January 30, 2020 in Bujumbura which led to the signing of an MoU in regards to the implementation of the railway project.

The project is expected to connect Burundi directly to the coastline by the Tanzania Standard Gauge Railway (SGR), “if in place it will fasten the traffic, boost the economy and reduce the price of goods on the markets along the Central Corridor especially for Burundi”, said one of the economists in Bujumbura.

In the region, the East African Community acknowledges the need to rationalise rail development within the region as well as to harmonise road and rail transport operations along the main corridors.

The planned railway line will depart from Uvinza district to Kigoma in Tanzania, via Musongati, Gitega and extends to the east of the Democratic Republic of Congo.

#Greece: Tenders for €4b new Railway Projects Moves to Phase B

Thu Jun 16 , 2022
The tenders for the six important railway projects of the Competitive Dialogue are moving on to the second phase, amounting to € 4 billion, which will upgrade the commercial and strategic role of the main ports of the country. The Board of ERGOSE at the meeting of last Friday 10/6, […] 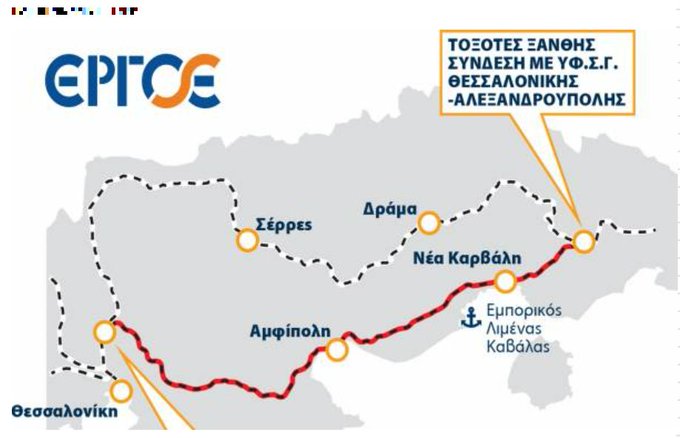