Both Nigeria and Benin republics are engaged in deep discussions and review with a view to commence a railway line between Ilorin in Central Nigeria and Parakou in northern part of Benin Republic.

The talk between the two countries follows the increasing emphasis of African nations on regional rail connectivity within the context of African Continental Free Trade Area and the African Union continental railway agenda.

Technical teams from both countries have commenced conception meetings in Abuja with both parties expressing optimism that the interaction will lead to concrete action to put the project on stream.

Parakou is the headquarter of Borgu region of Benin republic, a region sharing extensive border with Borgu dominated part Nigeria in Kwara state. From Ilorin to Parakou is about 234 kilometres.

The Parakou-Ilorin project had originally surfaced in 2017 at an event organised by Africa Finance Corporation in Abuja.

Samuel Dossou-Aworet, Chairman of Petrolin Group had told the gathering that a standard gauge rail line stretching from Parakou in Benin Republic to terminate in Ilorin, central Nigeria was underway aimed at unlocking potential investment opportunities in the West African sub-region.

He announced then that the cross-border rail project was part of a series of investment arrangements put in place by Petrolin’s Backbone Project – which includes a rail line to be built on existing networks linking Cotonou (Benin) to Parakou (Benin), to Dosso (Niger) and to Niamey (Niger) for a total 1,032 kilometres.

The Petroline Backbone project was however aborted due to legal disputes in Paris, leading to the stalking of the Cotounou -Niamey rail modernisation project.

The drive of Nigeria and her neighbours to reconnect after decades of colonial legacy separation created new impetus for the resumption of the project. Nigeria is currently implementing the Kano -Maradi (Niger) while plans are on to start the Maiduguri-Ndjamena(Chad) rail project.

Our team exclusively gathered that while the Benin-Nigeria rail project is still at a conception stage, the ongoing technical meeting was seen as a bold step confirming the political on the part of governments of both countries.

A member of rhe technical team confirmed to our Nigerian correspondent that the meeting is a major step forward on the realisation of the project. According to him, Nigeria has number of regional rail projects in the pipelines.

” This current review will lead to recommendations that will jumpstart the project.”, the official said.

Benin had embarked on concerted efforts to open up its northern region to enhance the North-South transport corridor. The African Development Bank(AFDB) had spearheaded the Parakou Urban Transport Project which aims to upgrade urban mobility in Parakou and improve living conditions of people in the project area. Parakou is the third largest city with over 200,000 inhabitants and is the regional capital of one of the most productive regions of Benin.

Ilorin in Nigeria is connected to the Lagos-Kano-Maradi railway line. The Parakou-Ilorin line when implemented will thus become a major link on Lagos-Maradi international railway line.

Fri Aug 19 , 2022
he first train of the Mombasa-Nairobi Standard Gauge Railway (SGR) arrives at Nairobi Terminus in Nairobi, Kenya, May 31, 2017. (Xinhua/Chen Cheng) The project has gained trust and support from the Kenyan government and people and injected vitality into the country’s socio-economic development, since AfriStar has always been committed to […] 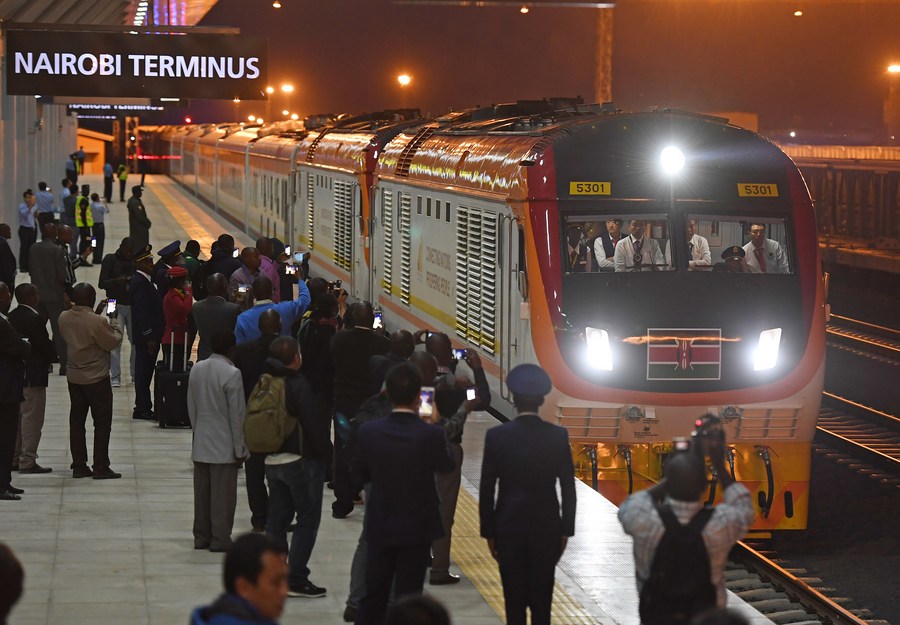