Public-private partnerships (PPPs) have undergone an important shift in recent years: from being understood as a risk mitigation exercise for the public and private sectors to a broader notion of structuring agreements that can bring broad development benefits—including incorporating the Sustainable Development Goals (SDGs).

Alongside this evolution came a new generation of more resilient, regenerative PPPs that aim to leave no one behind. Here we’re looking at this conceptual transformation alongside the Addis Ababa Action Agenda (Addis Agenda) and approaches taken to improve PPPs’ flawed reputation and strengthen advocacy for this new generation of PPPs.

The term “People-first PPPs for the SDGs” (now shortened to “PPPs for the SDGs”) was coined in 2015 alongside discussions around the Addis Agenda. Stressing people as beneficiaries was intended to emphasize accountability as referenced in paragraph 48: “…Projects involving blended finance, including PPPs, should share risks and reward fairly, include clear accountability mechanisms and meet social and environmental standards. We will therefore build capacity to enter into PPPs, including with regard to planning, contract negotiation, management, accounting and budgeting for contingent liabilities.”

Following the adoption of the Addis Agenda, the UN’s Financing for Development Office convened a meeting that prepared the narrative for discussions on guidelines and documentation of PPPs.

Debates on PPPs for development

This sea change is important to understand, given that contracting out the delivery of infrastructure and services to non-public actors is seen by some as an abrogation of the responsibility of government. Critics argue that private companies’ focus on profit maximization is fundamentally incompatible with protecting the environment and ensuring universal access to quality public services. While skepticism is healthy, the business world has evolved; purpose-driven organizations create deeper connections with communities where they work and so-called B-corporations have increasing sway.

Some civil society organizations (CSOs) have identified intrinsic weaknesses in the PPP model, namely a lack of accountability of private companies to the people, leading to cost overruns that impose a burden on future generations. They also argue that PPPs are used as a financial mechanism that hides expenditures off the public balance sheet.

Around 2015, audits by the UK and French governments reassessed their PPP practice due to widespread shortcomings and cost overruns. The European Court of Auditors in 2018 doubled down on the need for better risk allocation between public and private partners, countering any hiding expenditures off the public balance sheet, and mitigation of cost overruns.

Where are we now?

Despite criticisms, PPPs are now fully considered as a mechanism to deliver results under the United Nations 2030 Agenda, which articulates the following set of principles for PPPs:

The Addis Agenda treats sustainable and resilient infrastructure as a key thematic area, given that investments in transport, energy, water, and sanitation are prerequisites for achieving the SDGs.  It clearly recognizes both traditional and new sources of financing—such as blended finance—as essential to help fill the infrastructure gap. At the same time, debt sustainability is a very large and worsening problem for many developing countries and many governments need support to fully understand the advantages and risks of different kinds of funding.

Where are we with respect to capacity building?

The Addis Agenda points strongly to the need for PPP capacity building in the technical, economic, social, environmental, legal, and financial aspects that are essential to properly channel PPPs that meet development goals.

Specific vehicles have been created, such as the African Legal Support Facility that has a dedicated academy for officials, lawyers, academics, and professionals. Several other organizations want to develop their policies and strategies, but also to establish systems and processes, design legal agreements, and create a collaboration culture, e.g., Red APP for the Latin America region. The 2030 Agenda Partnership Accelerator is an initiative of the UN Department of Economic and Social Affairs and the Partnering Initiative, in collaboration with the UN Office for Partnerships, the UN Global Compact, and the UN Development Coordination Office.

The World Association of PPP Units & Professionals aims to build capacity with relevant stakeholders (such as national PPP Units, CSOs, and the private sector) and bring together PPP professionals who are determined to drive this new generation of partnerships forward. As good governance is critical for PPPs’ performance, an initiative of the German Institute for Cooperation has aggregated around 90 rating platforms to measure sustainable infrastructure in an effort to increase transparency—an example of how more experienced countries can contribute to this agenda.

The World Bank Group too has teams dedicated to providing expertise, data, tools, and services to get PPPs right—when this modality is appropriate within a country’s context. The World Bank Group and other multilateral development banks are essential to help governments understand the advantages and disadvantages of building physical and social infrastructure through government or concessional funding, traditional PPPs, or privatizations—exploring which options are best in the mid- and long-term.

PPPs with value for future generations

Since the People-first PPPs for the SDGs term was coined seven years ago we’ve come a long way in the wide recognition that people should be at the heart of PPPs.  Given the measurable momentum and resources now committed to future-proof this goal, I’m hopeful that we’re truly moving from value for money to value for society and value for future generations.

These three forms of financing values should be considered comprehensively to contribute to common prosperity and mutual value creation.

* This blog was based on Chapter Three of a collective paper on Making PPPs fit the 2030 Agenda and presented in April 2021 during the UNECE PPP Forum.

Thu Sep 15 , 2022
The project dates back to the Summit of November 20, 2015, held in N'Djamena in Chad, during which the Heads of State of the G5 Sahel decided to build a railway line linking Mauritania, Mali , Burkina Faso, Niger and Chad to improve rail services. 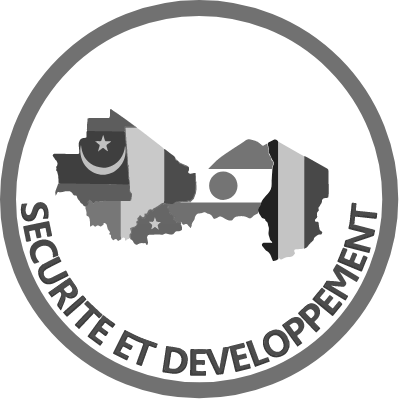