The Dakar-Port Sudan railway project conceived way back in 2008 is being revived as the General Secretariat of the Organisation of Islamic Cooperation (OIC) recently held a Consultative Meeting with the African Group Member States on the project and other issues.

The Meeting deliberated on the implementation of various OIC projects and resolutions aimed at promoting economic cooperation among OIC Member States in the African continent. At the beginning of the Meeting, the Secretary-General of the OIC, Mr. Hissein Brahim Taha said that the idea of convening this meeting is borne out of the urgent need to accelerate the pace and scale of OIC collective action towards addressing developmental challenges in the OIC African countries.

Key on the agenda was how to fast track the implementation of the project which is to link West Africa from Dakar, Senegal to East Africa at Port Sudan.A 2015 to 2026 plan had remained unimplemented.

The OIC meeting was reported to have reviewed the document with a view to update it to meet current trends. It was not clear when an updated plan will be released.

Railway Business can report that the project has assumed a new significance as it is considered the best way not only to integrate East and West Africa but Africa and Middle East.

Saudi Arabia’s new economic agenda under Crown Prince Salman is reported to have heighten interest in the project.

In 2017, the Organization of Islamic Cooperation (OIC) had announced its plans for the Dakar-Port Sudan rail network project, which will link West and East Africa.

Ambassador Hameed Opeloyeru, the then OIC Assistant Secretary General for Economic Affairs, announced an alliance with the African Union as the sponsor of the Dakar-Djibouti transport project, which is similar to the OIC scheme.

He was delivering a speech on behalf of Yousef Al-Othaimeen, the then OIC secretary-general, during a session in Istanbul on the sidelines of the 33rd meeting of the Standing Committee for Economic and Commercial Cooperation of the Organization of the Islamic Cooperation (COMCEC).

Opeloyeru said that ensuring the continued engagement of regional organizations — the Economic Community of West African States (ECOWAS) and the West African Economic and Monetary Union (UEMOA) — as part of OIC’s Dakar-Port Sudan railroad network project would help to implement regional projects along the OIC transport corridor of the Dakar-Port Sudan railroad while addressing the challenges that may impede financing the project.

He said that the OIC aims to strengthen its cooperation with non-States members — such as China — to ensure their participation in the Dakar-Port Sudan rail project through contributing to capacity building and providing entrepreneurs and business owners with financial support. It wanted to ensure that the project would be a meeting point with China’s Silk Road transport infrastructure project, “One way – one belt.”

“This multi-stakeholder approach will further increase the engagement of state members involved in OIC’s Dakar-Port Sudan railroad project, which will serve as a multimodal transport corridor and will encourage stakeholders to actively participate in its implementation,” he said.

The Dakar-Port Sudan railroad project, which OIC unveiled during the Islamic Summit held in Dakar in March 2008, extends over 10,100 km and is one of the largest development projects aiming to improve trade exchange and the economies of African OIC members.

The railroad will pass through seven African countries: Sudan, Chad, Nigeria, Niger, Burkina Faso, Mali and Senegal. It will also connect Gambia, West Guinea and Libya in the north, Cameroon in the center, and Uganda in the south to improve trade exchange and the transport network linking East and West Africa.

The railroad will help the moving of goods from East Africa to the Americas, from West Africa to Asia, and from across Africa to North Europe through Gibraltar, in addition to serving as an access to the sea for four countries: Burkina Faso, Chad, Mali and Niger. It will also provide land transport services to the people living in the cities along the continent.

In 2009, the then Secretary General of the Organization of the Islamic Conference (OIC), Ekmeleddin Ihsanoglu, under whose watch the project was birthed said the Dakar-Port Sudan railway project aimed at bridging East and West of Africa.

Ihsanoglu explained that the 10km long railway project stretching from East to West would connect Africa with the Atlantic, the Red Sea, Middle East and Asia.

He said the political will behind the project was confirmed during the First Ministerial Meeting on the Project at Khartoum, Sudan on 10 December 2009.

Wed Oct 19 , 2022
“It becomes impossible to be able to pay that loan from revenue that comes from the railways,” he said. “Even in 50 years, it will never break even.”- Transport Ministry 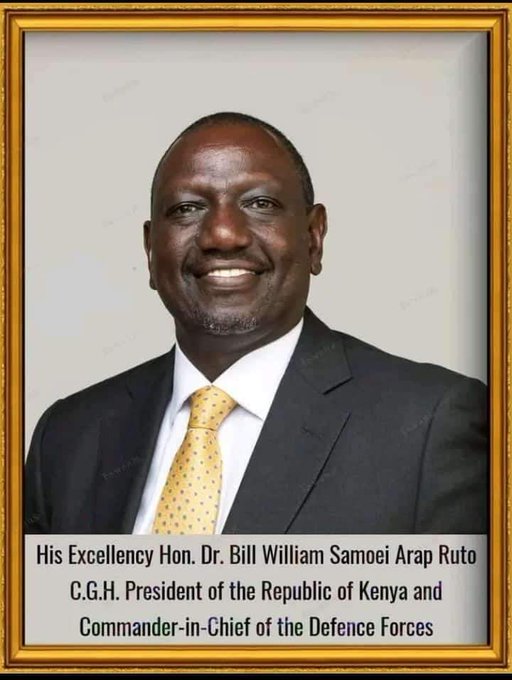