The Tanzania Railways – TRC has participated in the 11th conference and exhibition of Railway Organizations in the SADC Zone (SARA RAIL conference and Exhibition 2022) which was held in Johannesburg, South Africa from the 26th to the 28th of October, 2022.

This year’s conference and exhibition have a message that focuses on Innovation in the change of Railway Operating Technologies, where together with Tanzania represented by TRC, other countries are South Africa, Botswana, Eswatini, Mozambique, Angola, DRC, Malawi and Zambia.

Speaking after the opening of the Conference, the Director General of TRC Ms. Amina Lumuli, explained that Tanzania has proven to be ahead in plans for the reform of railway transport in southern Africa as the message of this year’s conference emphasizes.

“Through SGR, compared to other countries in this region, we seem to be further ahead with the construction of this modern infrastructure that will help a lot in reducing travel time and efficiency in operation,” said Mrs. Amen.

Initially opening the Conference, the President of the Federation of Railway Organizations in southern Africa Mrs. Siza Mzimela, has called on all stakeholders in the Rail Transport sector in the SADC region to take responsibility for improving the infrastructure more efficiently.

In addition, he added that all stakeholders are aware of the deterioration of infrastructure and railway equipment in the SADC region and Africa in general, and because of that, there is a need for innovative business and operational systems to get rid of them and bring efficiency.

Through exhibitions that go hand in hand with the conference, the Tanzania Railways Corporation has participated in showing the Government’s efforts and strategies in bringing about the reform of transport by Rail.

“Through TRC’s participation in these exhibitions, we have met our colleagues from various countries, from organizations that provide services like TRC’s to companies that manufacture equipment used in the operation of the Railways, so for us it has been an opportunity to meet new stakeholders but also to see what our colleagues are doing, or they will learn from us” said the Head of Information Division TRC Ms. Jamila Mbarouk.

Along with Railway organizations, various companies manufacturing operating equipment, Railway technology, machinery and safety equipment at work, have participated in this year’s conference.

Sat Oct 29 , 2022
The Tanzania Railway Corporation is continuing with the exercise to sensitize the people about the acquisition of land to allow the construction of the Modern Railway – SGR project, the second section Morogoro – Makutupora, which is being held in Kilosa District, Morogoro Region, as soon as October, 2022. The […] 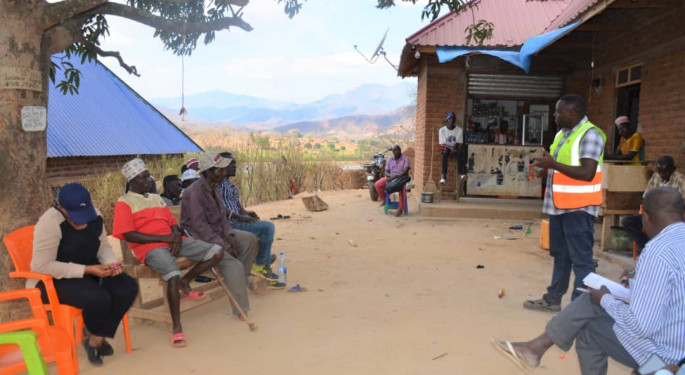